So I used to browse r/superstonk every day, thinking that the information there is good (and it really is) and authoritative (this, it isn’t). This led to several biases in my own head, for example that (1) MOASS is imminent, or that (2) you’re doing a disservice to the stock by selling. Superstonk is very much biased towards Gamestop the company – dissent there is not allowed! So if you (or I) use that sub as the only source of information on the matter, you may be put in a pink world box, so to speak, and be somewhat disjoint from reality.

Don’t get me wrong: I love the Due Diligence (DD) that that sub produces, I’m learning a lot about how markets operate, and I enjoy some of the memes there – hey, in 2021 the art of meme’ing is worthy of its own industrial-grade production and study!

Another impressive aspect of that sub, and of all the conversations surrounding the MOASS, is the data. Decisions should be based on data. I was impressed when someone used google surveys to check how much float does retail actually own? That researcher sampled Adult Americans data and came up with some number, what percentage of the population owns GME and how many shares on average.

If I may come up with my own data and my own decisions, however basic they might be. Let’s look at analytical data on gamestop.com the website, as provided by Alexa (a department at Amazon, alexa.com ): 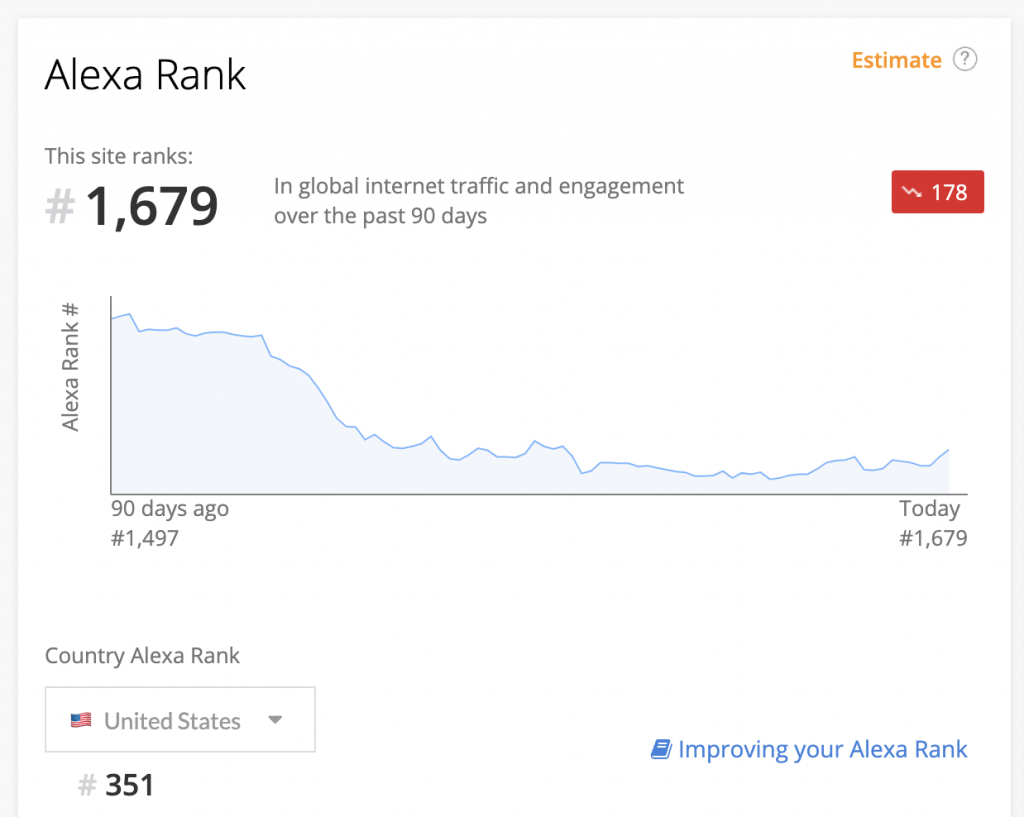 Alexa reports that the popularity of the website decreased in April.  Alright right now, in July, it seems to be picking up just a little, could be the beginning of an uptrend. Alexa also reports a modest improvement in metrics: site engagement increased over the last 90 days, daily time on site increased, and bounce rate dropped. Bounce rate is how many people leave on the first page, without clicking anything.

Upon peer review, Reddit brought up to me the fact that Alexa rankings are outdated. Alexa used to be cool in the 90’s, but now it doesn’t track accurately, because it only samples 0.04% of internet traffic (citation needed – I tried verifying this number and was unable to). But what is more reliable than Alexa, in the present day? Google trends. Let’s take a look at the interest in searching for gamestop over time (source: trends.google.com ): 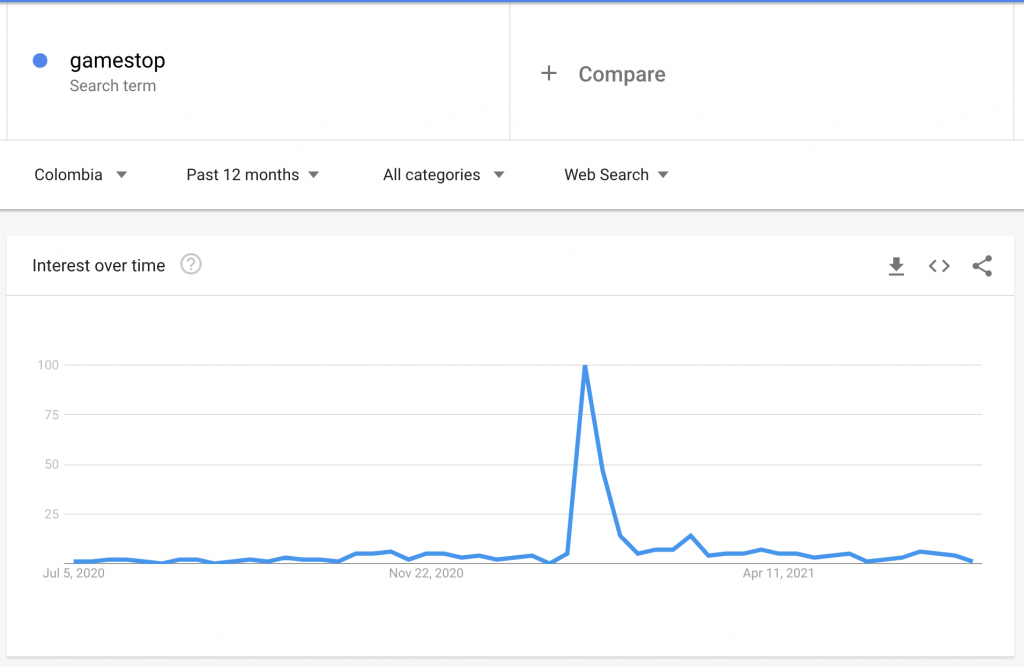 The public interest in Gamestop is clearly down. It peaked in January, during the first gamma squeeze (colloquially known as the “sneeze”). Due to lack of positive mainstream media coverage, the public has lost interest. The interest actually seems to still be going down to near zero. What does that mean to the near-term future of the stock price?