What is a bust out?

In a bust-out scheme, the identity and credit line of a business are used to obtain loans and goods with no intention of repayment. In some instances, businesses are created for this sole purpose; in others, legitimate businesses are acquired and used for the fraud. 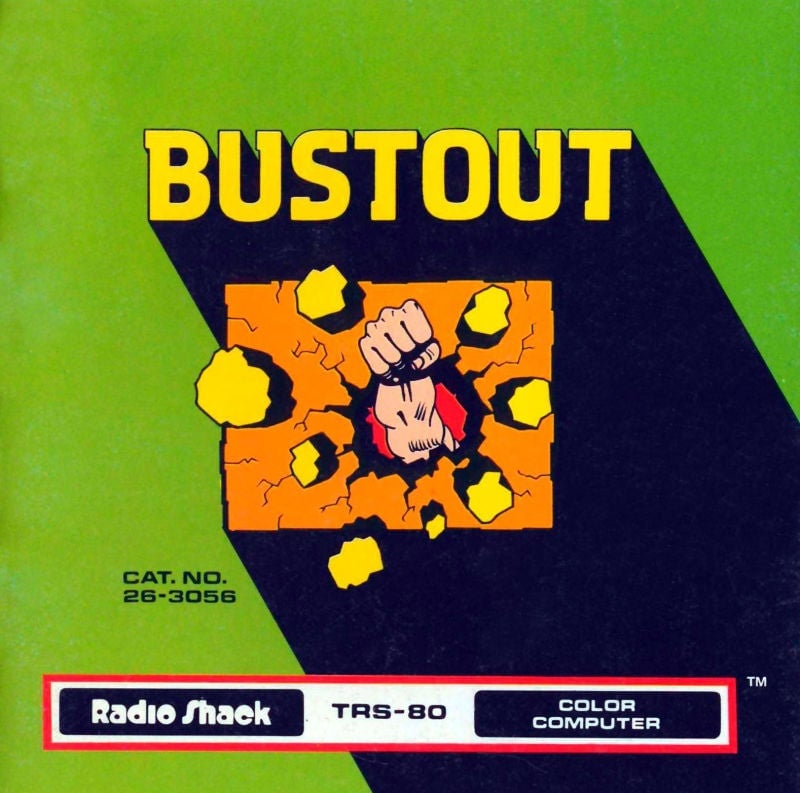 In this post I will go over what I believe is a scheme set out by Amazon to capture and kill companies for market share. The scheme involves Amazon identifying a target, and with the help of it’s gang members, Citadel and Bain Capital, it Busts Out the target using it to capture and kill other competitors in the process.

In this story I will be talking about Citadel, Amazon and Bain Capital, but you could easily substitute any MM for Citadel, any company for Amazon (MSFT, NFLX, etc) and any Private Equity Firm for Bain (Apollo). I am simply using these 3 because they were the parties I have looked at. I guess you could say if you go looking for shit in a sewer, you’re gonna find it, and the Finance and business world seems to be a pretty big sewer.

In the beginning Amazon acquired the competition Legitimately: 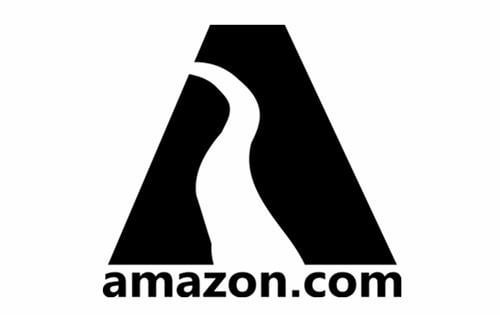 Amazon has been known for capturing market share of just about every sector of the retail space, and now has its eyes set on movies, and maybe at one point even wanted to get into the gaming sector.

Amazon started relatively small, and set its sights on an easy target: Books.

But, Bezos wasn’t actually interested in just books, he wanted to create a company that was so big and so dependent on retailers that retailers were dependent on it.

Well in the early 2000s, around the time amazon was becoming known for selling a little more than just books, it also sold toys for Toys R Us and had a few other things on the site, Amazon wanted to branch out further.

There were other companies that were already successful in the ecommerce world, so instead of starting from the ground up, and taking down their competition, amazon simply acquired the competition.

Some notable acquisitions include Quidsi, and Zappos. 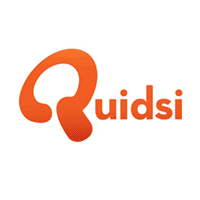 Quidsi was an awesome adversary, they had domains and successful businesses such as Diapers.com, YOYO.com and Wag.com. The acquisition of this one company cost amazon $545Million in 2010, it wasn’t cheap, but it was easier, and likely cheaper than taking on their competition head on.

Diapers.com was a growing and successful online retailer of all things babies related and even had the first army of warehouse robots, the same robots used by Amazon today (KIVA)

YOYO.com was a toy ecommerce company, acquiring these guys helped Amazon capture part of the toy market, especially after Toys R Us nuked their deal with Amazon. 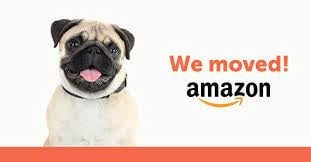 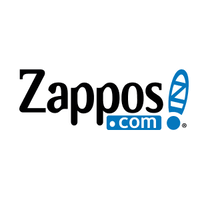 In 2009 Amazon acquired Zappos for $1.2B, again not cheap. And to add further injury to insult, amazon couldn’t kill Zappos because the deal left the CEO of Zappos in place and allowed it to operate independently. Take a look for yourself: https://www.zappos.com/

Well fuck, if that doesn’t piss off Bezos…

Acquisitions are effective ways to capture businesses and get their market share. The advantage was multifold, you get a new business, a group of customers and you take out some of the competition. While this process can be quick, it can be VERY expensive.

Bain capital was started and run by a little known figure, Mitt Romney. Heard of him? If you haven’t here is an excerpt from an article written by The Rolling Stone when Romney ran for President back in 2012

“And this is where we get to the hypocrisy at the heart of Mitt Romney. Everyone knows that he is fantastically rich, having scored great success, the legend goes, as a “turnaround specialist,” a shrewd financial operator who revived moribund companies as a high-priced consultant for a storied Wall Street private equity firm. But what most voters don’t know is the way Mitt Romney actually made his fortune: by borrowing vast sums of money that other people were forced to pay back. This is the plain, stark reality that has somehow eluded America’s top political journalists for two consecutive presidential campaigns: Mitt Romney is one of the greatest and most irresponsible debt creators of all time. In the past few decades, in fact, Romney has piled more debt onto more unsuspecting companies, written more gigantic checks that other people have to cover, than perhaps all but a handful of people on planet Earth.”

“Instead of building new companies from the ground up, we took out massive bank loans and used them to acquire existing firms, liquidating every asset in sight and leaving the target companies holding the note”

Huh…Kinda sounds like a bust out…SHIT that IS a bust out! 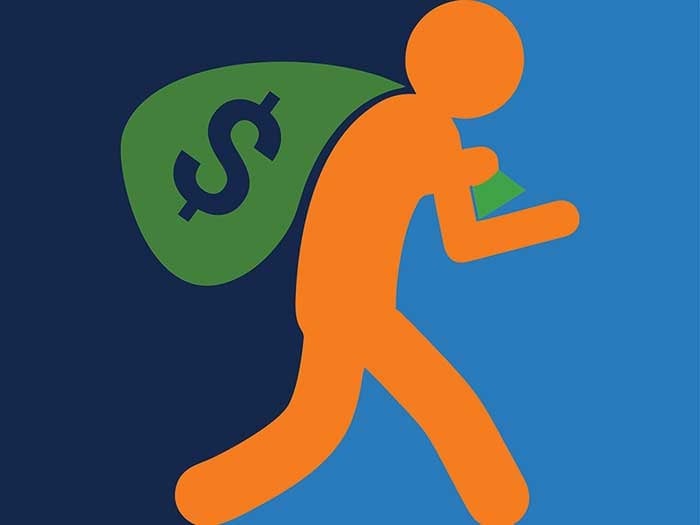 Romney started off with good intentions, buying failing businesses and turning them around, notably Staples. 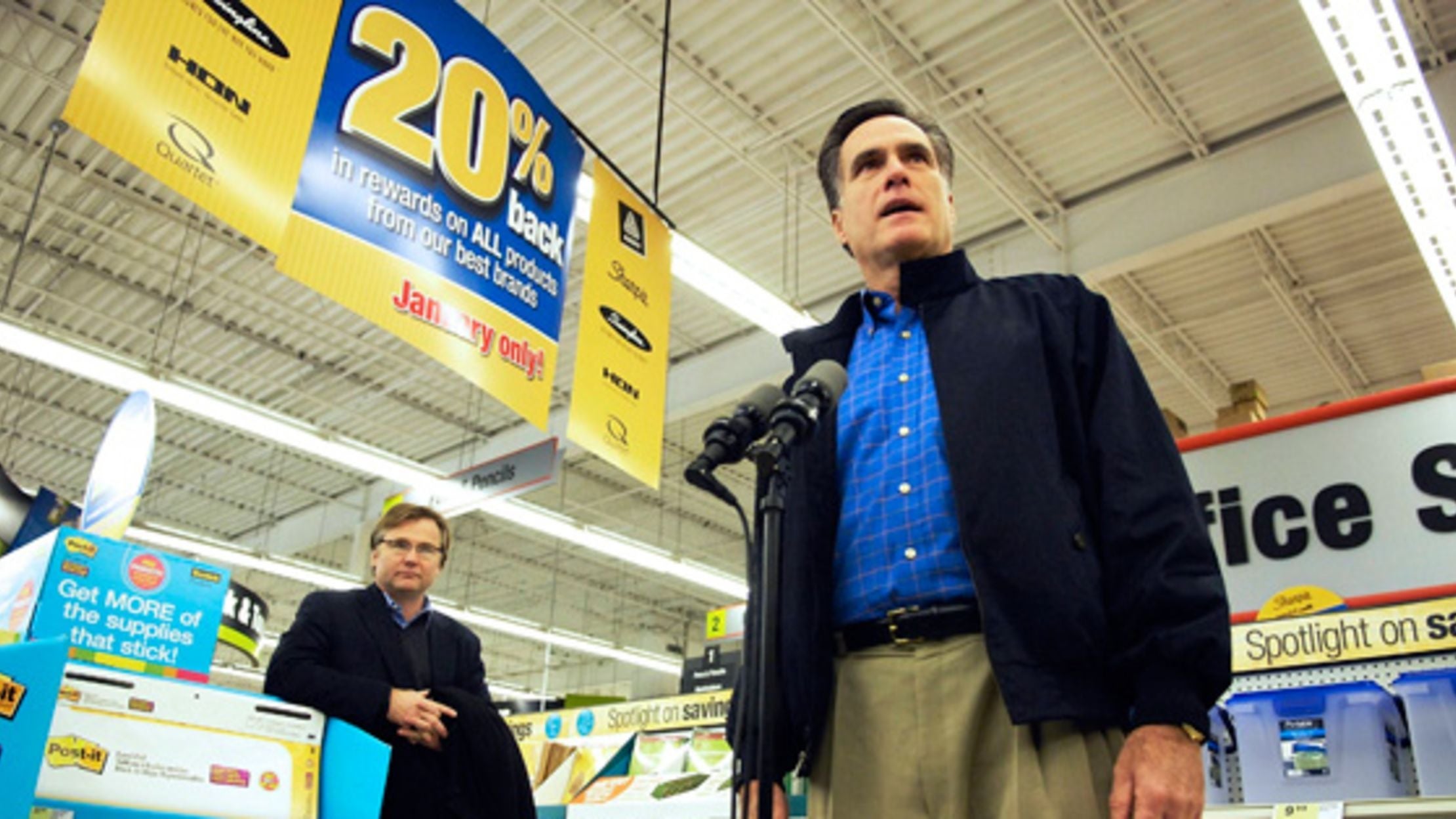 Once Bain had control of the business, often they would install their own board members and executives, they would then distribute massive bonuses to executives that the failing business could not afford. Sometimes, Bain would use the business’ credit to purchase competitors, as they did with Toys R Us and FAO Schwarz, but we will get to that in a bit.

Bain Had it out for toy companies for some reason

Bain Capital acquired KB Toys in 2002 through a Leveraged Buy Out (LBO) under the guise of turning the company around, but this was just a front for their real intentions, you guessed it, a bust out. As soon as Bain had control of the company they issued massive bonuses to executives, bleeding the company of its cash. This would go on until the business declared bankruptcy, KB Toys filed for chapter 11 in 2004, 2 years after Bain came in to “Turn around” KB toys.

“In February 2005, KB Toys’ creditors, including Hasbro and Lego, accused the company’s top executives and majority shareholders of improperly providing themselves with multimillion-dollar payments prior to the bankruptcy.” https://en.wikipedia.org/wiki/KB_Toys

Bain Lost control of KB toys during bankruptcy proceedings in august 2005, but the damage was done, and Bain walked away with some money, and some lessons learned.

Putting Geoffrey out on the street: 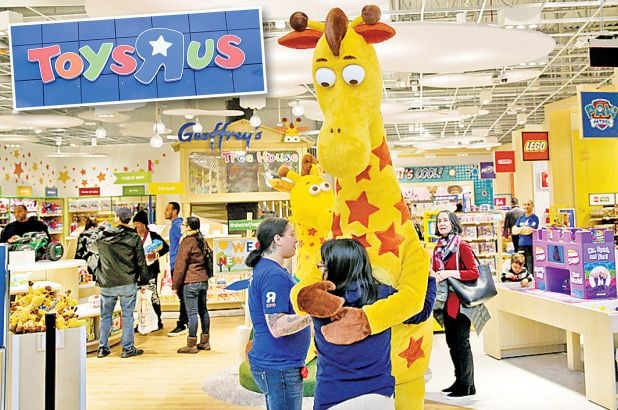 Very soon after the lessons learned from KB Toys, Bain went after Toys R Us with KKR and Vornado capital in 2005 by means of LBO…this time with a sharper knowledge of how to bust out the company, and maybe help out newly acquired friends.

When Bain et al. took over TRU they had a debt load of $1.86B, but for a company of TRU size, that was not unusual. Immediately after the Bain et al. acquisition that debt ballooned to $5B requiring 97% of TRU profits to service the interest on that debt. (Bloomberg)

Debt made the company, with $11.2B in sales, less nimble and able to navigate the business and finance world.

While Bain Capital controlled Toys R Us, TRU acquired FAO Schwarz in 2006. TRU also bought Amazon’s main competition in the toys ecommerce sector etoys.com and toys.com, along with a few other websites babyuniverse.com and the resource site ePregnancy.com in 2009. https://en.wikipedia.org/wiki/Toys_%22R%22_Us

When TRU was fully busted out and tapped out for cash and usefulness it was liquidated and its parts sold off. It was the end of the massive toy retailer in the US and UK, and the demise of all major toy specific retailers both in brick and mortar and online. 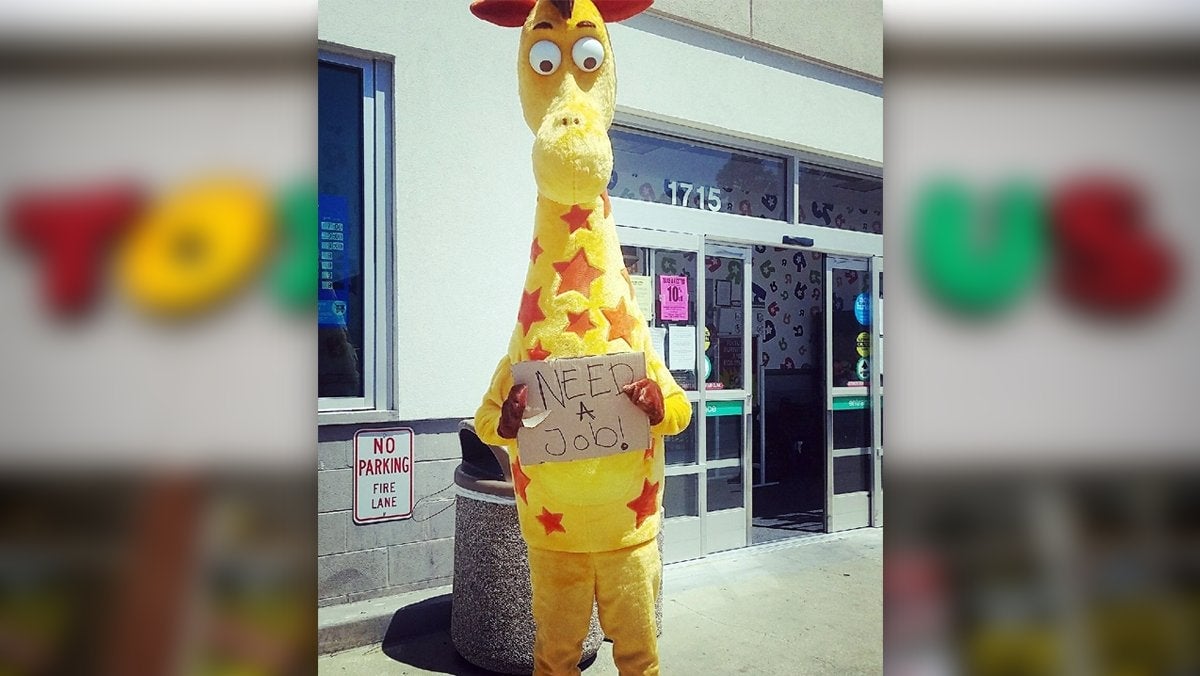 So who benefits the most from this? Retailers such as WalMart, Target, and of course, Amazon.

Papa’s got a brand new Bag! 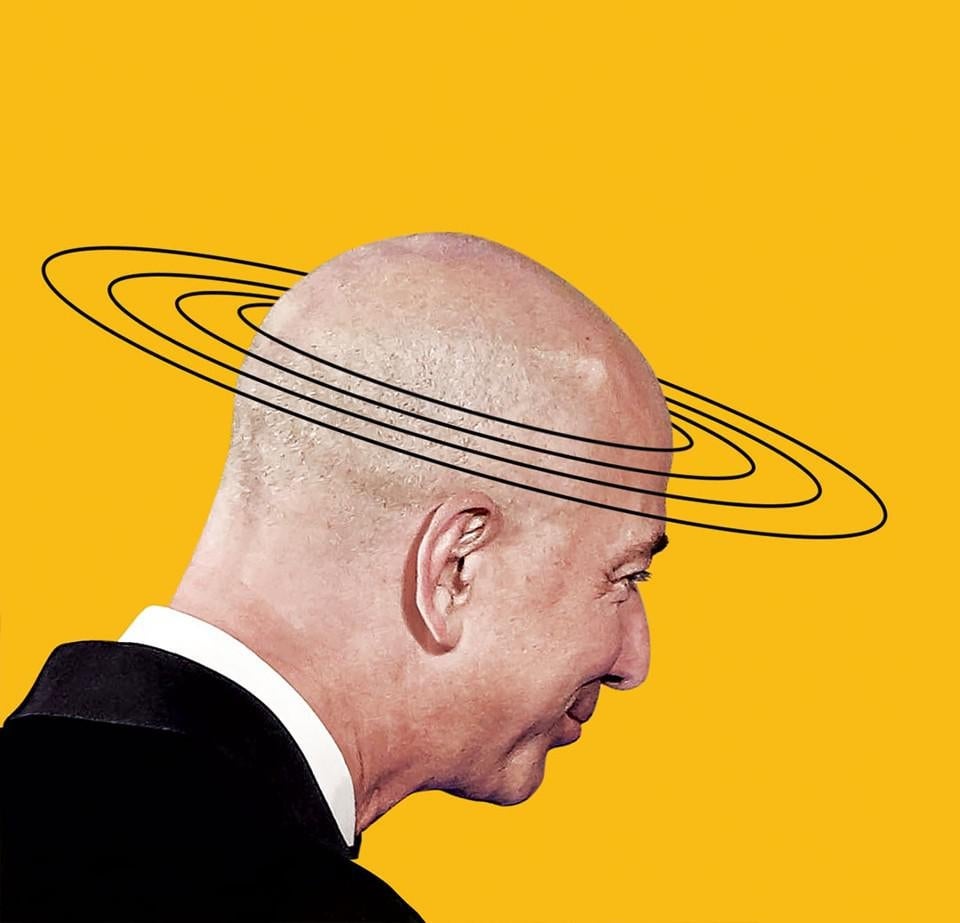 This is where I believe amazon discovered a new, cheaper and far more effective way to kill its competition. Upto this point, Amazon had been buying up and swallowing their competition. This was effective, but VERY expensive.

What if, and hear me out, what if Amazon could use a company like Bain capital to do a take over of the company that had a massive market share that Amazon would like to capture, then have Bain capital busts out that company, using said company to buy up any and all competitors both online and traditional retail then declare the company bankrupt taking down all the competition with it?

But there is a problem…how do you get Bain Capital to take over a publicly traded company? Hostile takeover? Sure, but that would be EXPENSIVE. Buying all the stock ATM would not only be costly but may also backfire when shareholders refuse to sell.

Well, what if you could lower the share price in some way that it made it possible to take over the company. How could this be done?

As we all know, short selling on it’s own can’t really affect the price of a share, but it benefits when the share price declines. Well, what if you’re not truly interested in shorting a company to make money off share price decline. There must be a way to lower a companies share price by increasing the supply of shares on the market…Share dilution? 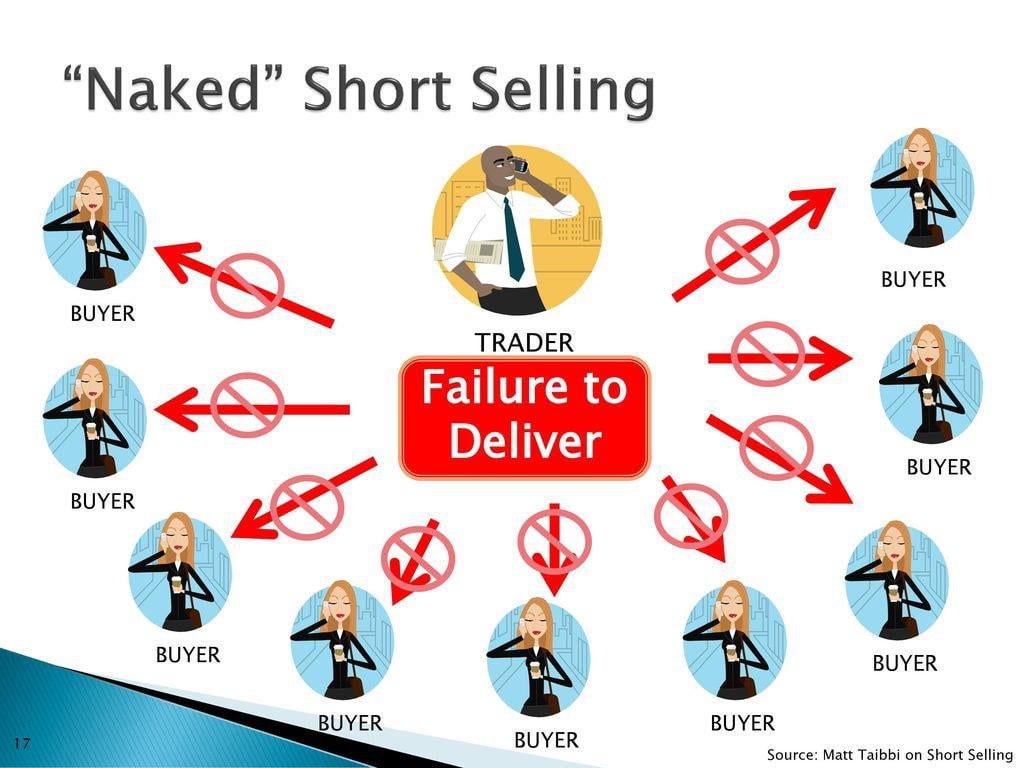 Amazon, and Bain capital are not capable of diluting shares of any company they do not control, so how could they do this to the competition? They need a partner, someone who has access to a share printing machine…but who do we know who has access to one of those?

Citadel can create and sell fake shares, driving the share price of a targeted company to the point of either being delisted, or bankrupt, or both. When this happens, Citadel keeps all the money it makes from the short sale, never having to cover their shorts. I think by now you all understand how this works, so I’ll leave it there. 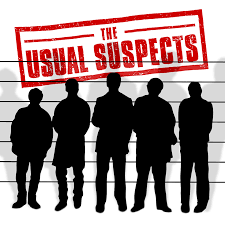 But now they need a plan: 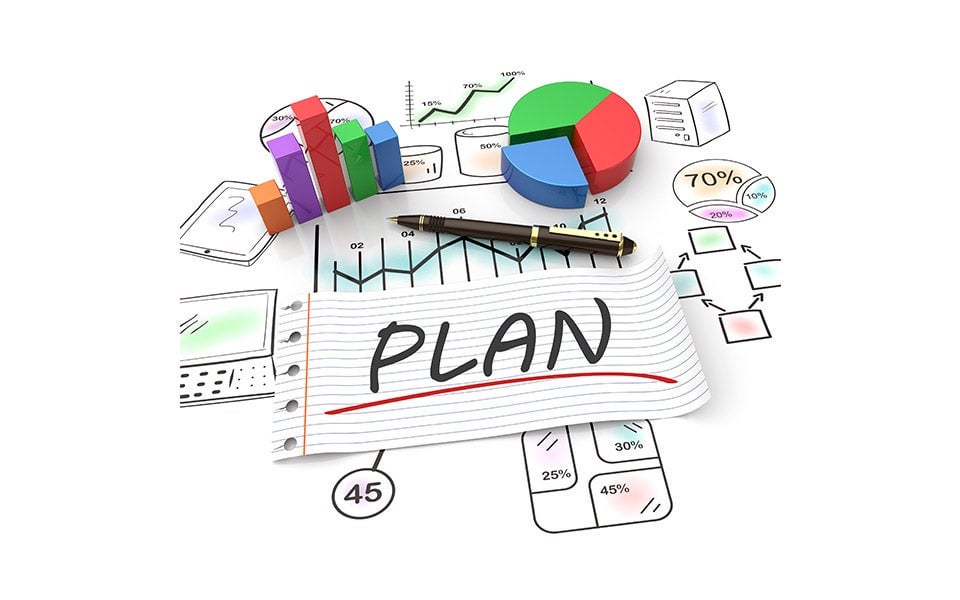 Job done, Amazon kills its competition, Bain capital makes a pile while busting out the company, and Citadel keeps all the money it made selling fake shares.

It’s a perfect, foolproof plan, until it’s not.

Enter GameStop and the Apes. RUH ROH…You know the rest of the story up to this point. 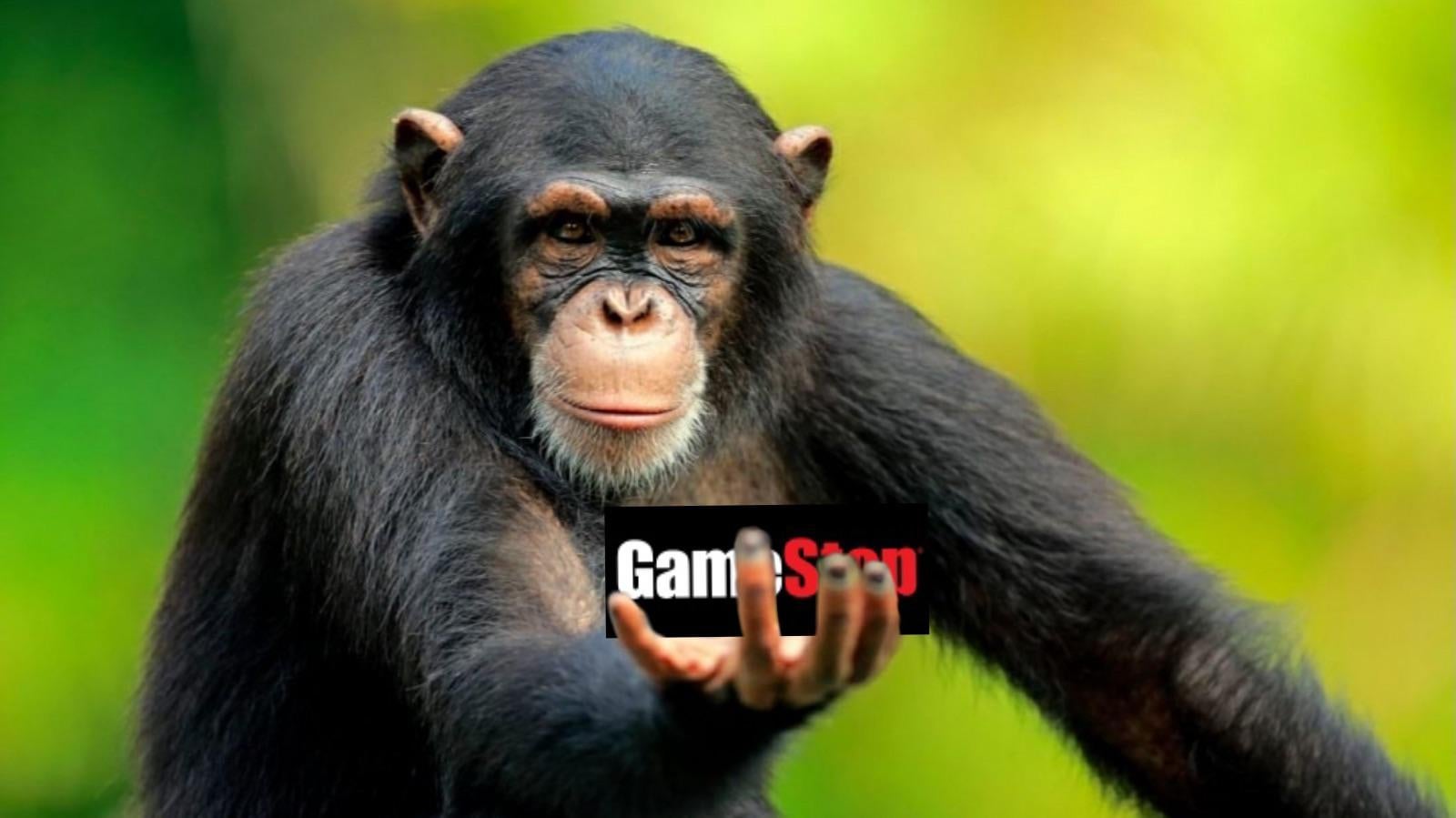 Seems to me the only band member who is going to come out of this unscathed is Bain Capital, they get to slip through the back door leaving the rest of the band holding the bags.

So what’s my conclusion? I think Citadel is just part of the machine. I believe MASSIVE companies like Amazon, Microsoft, Netflix and others have been using this scheme since the financial crisis of 2008 to capture and kill their competition. I believe there are many moving parts in the plans, and Citadel/Kenny is just a footsoldier, not the mastermind.

There may be a bigger Bowser at the end of this world than we expected, kenny may just be a Hammer Bro. 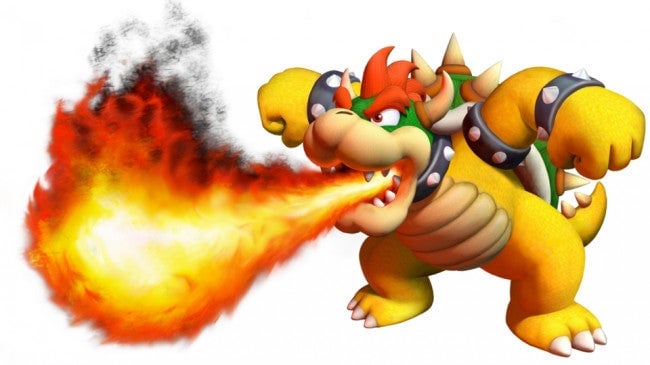 As a side note, there was talk earlier this week about AA and his connection to SHF. I think this guy got stuck between 2 worlds. He may have been installed by the gang in an attempt to bust out the company (fits well with MGM purchase). But Apes got involved and now he’s stuck between getting caught as an inside man for the SHF and actually having to be a good CEO. I believe he may be in self preservation mode, and has decided to jump to the winning team’s side.

Oh, and there is a complimentary story by The Fool saying there is no merger…

This was an accidental find

This explains what Bain does VERY well