Here’s a video of JPow admitting that QE is easing, and raising rates is tightening, so it doesn’t make sense to raise rates until the taper is complete:

The taper was supposed to begin in December. Here is the data of the monthly balance sheet changes from the fred data of total assets (https://fred.stlouisfed.org/series/WALCL):

Note: In December, total balance sheet additions were ~76B, vs average of 120B/mo for all of 2021 prior. Note “tapering” circled in red.

Then this happened in the market: 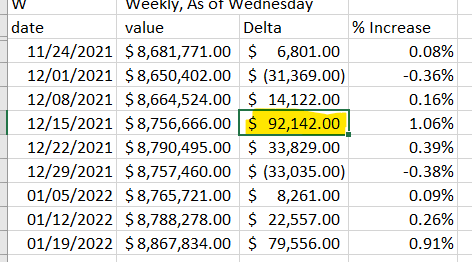 Then the market capitulated in January…

Look what happened in January: 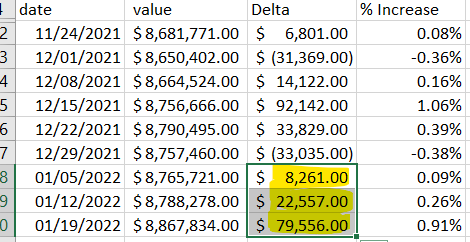 With one week left to go in January, they are sitting at 110B in QE for January.

Remind me again when tapering is supposed to end?

The Fed won’t raise rates ever. This is game over. Take it to the bank.

Not sure how to prove positions, but here’s one of my many to show I’m long/inflation is here to stay: 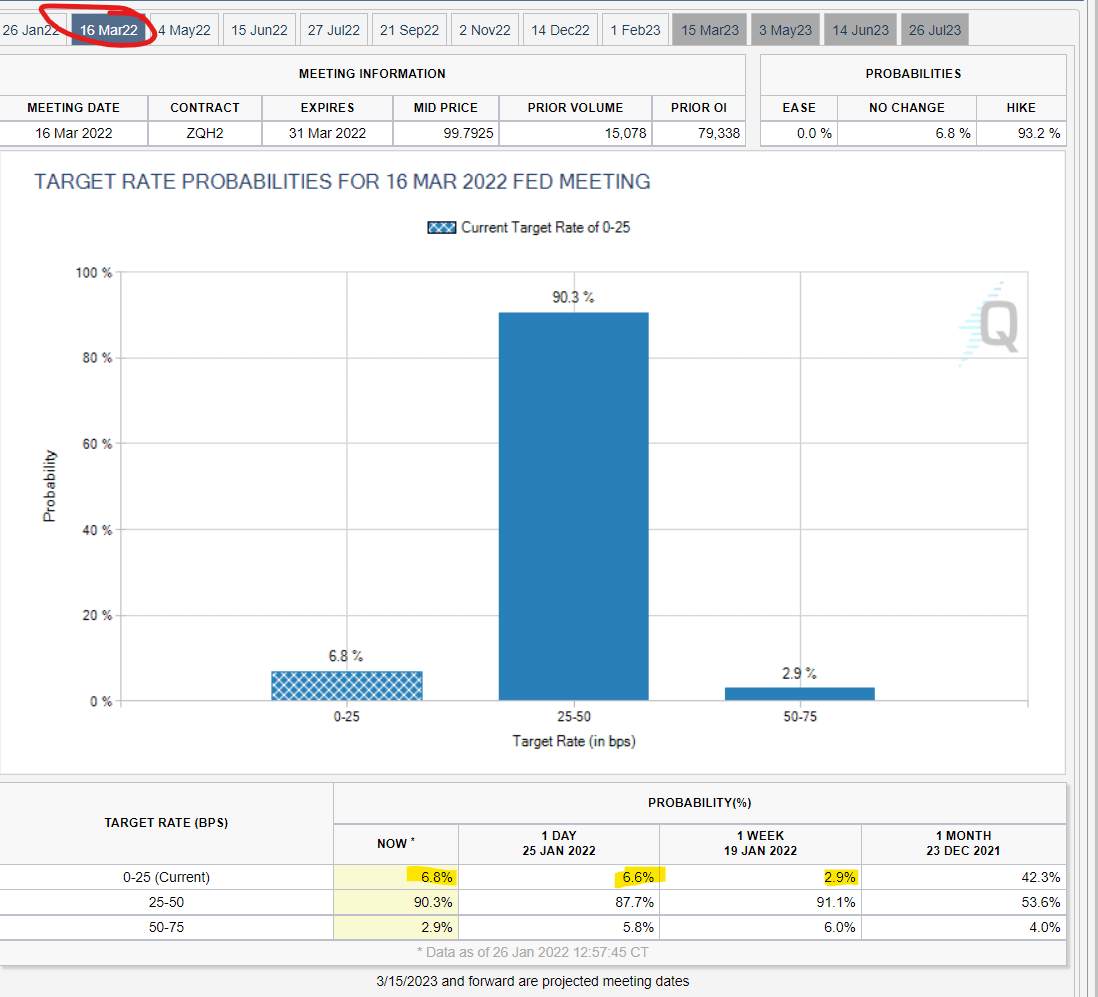 After release of the statement. So much for rate hike in January… Odd already dropping for a rate hike in March.

When asked about specifics of hiking