I touched base on the market cycle and how that is used to influence retails decisions in my previous DD here, which allows big players to extract maximum value from retail in the stock market while exposing themselves to massive amounts of leverage in the process. In this post, I will again be addressing abstract topics in an attempt to tie my last post, plus this one, together to create a big picture of what is going on.

TLDR: The fractional reserve system in which the stock market is operating under (but lmao shouldn’t be), with self-regulatory organizations overseeing the system, is the reason bubbles in the market form. The federal reserve through its covid response inadvertently forced TRILLIONS of dollars into the stock market which is currently being held in CFDs or IOUs, or literal toxic pieces of shit. If they had not, there would have been a bank run on the US Equities market and it would have been drained of all liquidity from the system – only debt left. This severely under-regulated fractional reserve system is allowed to use YOUR savings account to create fake IOUs and sell them back to you. This is the reason when this bubble pops, the drawdown is going to be absolutely monstrous. 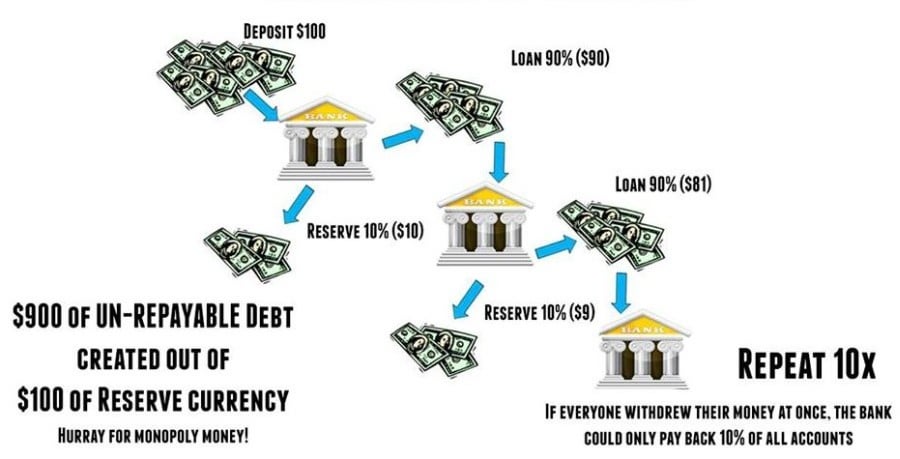 In a fractional reserve banking system, when I deposit $1000 into my savings account, the bank by law has to keep a certain percentage of that deposit on hand in case I want it out. If the bank is required by law to keep, for example, 10% of all deposits on hand, then in the event of a bank run where everybody tries taking their money out at once, only $100 of that initial $1000 I put in will be available for withdrawal. The rest is held in debt, or an IOU to the depositors. The Federal Government is on the hook for that other $900 in the event of a bank failure through FDIC, which insures your deposits up to $250,000.

As I briefly touched on in my first DD, the majority of the value created in the US equities market actually exists in the form of debt, or a liability. For every 1 share you “own” that is held in a brokerage, that 1 share can be loaned out hundreds, thousands, of times to short sellers by brokers (because it’s owned by the broker), and those “shares” the short sellers sell on the market are then bought up by retail. By you. By me. That one share “worth” $100 has its value multiplied to a theoretical infinite degree, creating millions of dollars worth of debt in the system that has $100 worth of value backing it – so long as the liquidity exists to continue creating synthetics. 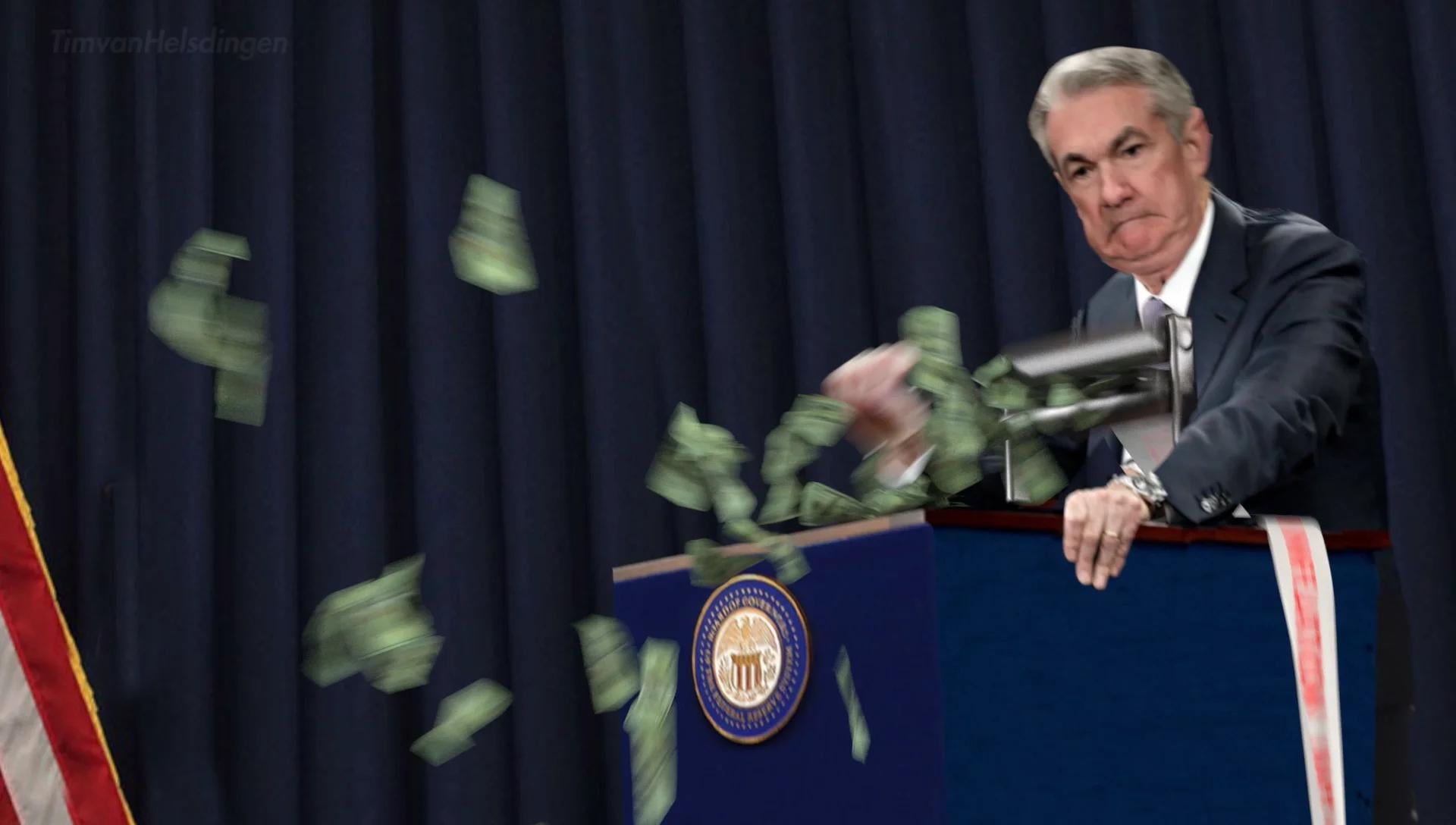 why is this system existing in the US equities market such a huge issue compared to the same system existing in the traditional banking sector? There is no governing body that isn’t a SRO (self-regulatory organization), or literal private fucking company holding brokerages accountable to the amount of deposits they hold on file, or leverage in the system, and the repercussions of brokerages not being able to handle the amount of leverage they carry. The best part about all this? A non-profit, private organization is supposed to handle my payout in the event a massive for-profit Brokerage fails. 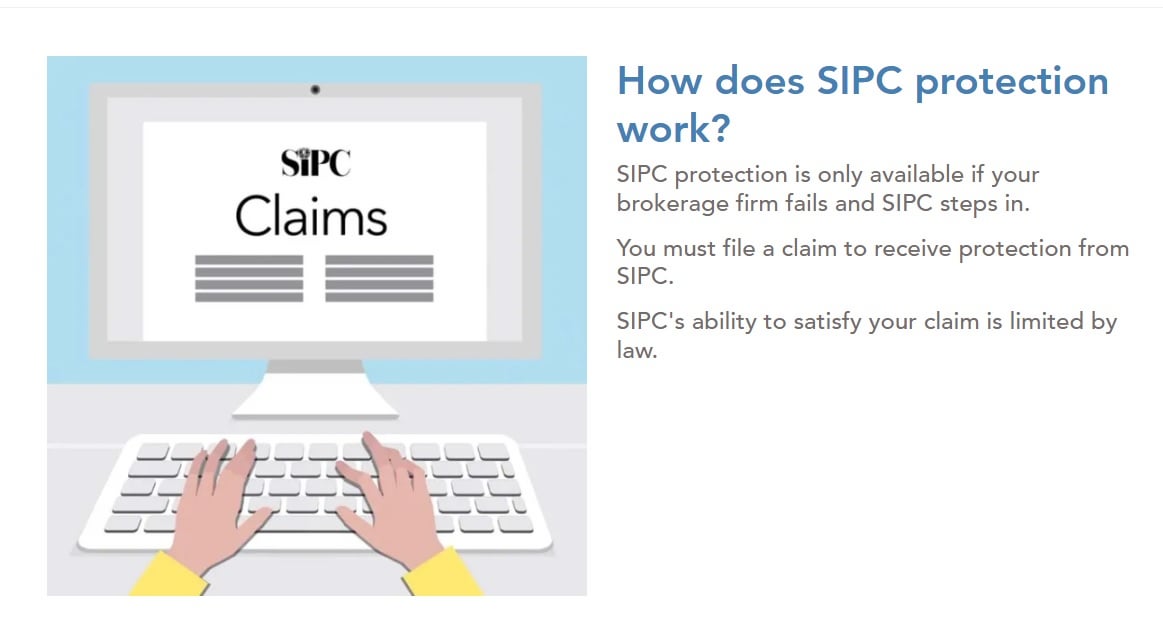 A private, non-profit organization is I guess going to be able to cover an entire for-profit brokers customer base? OK

Based off the GameStop Class Action Lawsuit, Robinhood’s internal documents showed $GME’s short interest at 226% (maximum reported short interest). But what does that really mean?

If the stock has an actual value of 100/share, there is $226 worth of DEBT held in the price of that stock. And this complete disconnect from actual pricing/IOU SHITSTORM is only accounting for one stock, at the maximum possible reported short interest at that time. What are the odds of the short interest being exactly equal to the maximum allowed? And the worst part is THERE ARE THOUSANDS OF PUBLICLY TRADED COMPANIES IN THE US EQUITIES MARKET ALL WITH SOME DEGREE OF SHORT INTEREST, not counting the tens of thousands of companies that are sitting in the OTC market with an unknown amount of short interest still open on them. 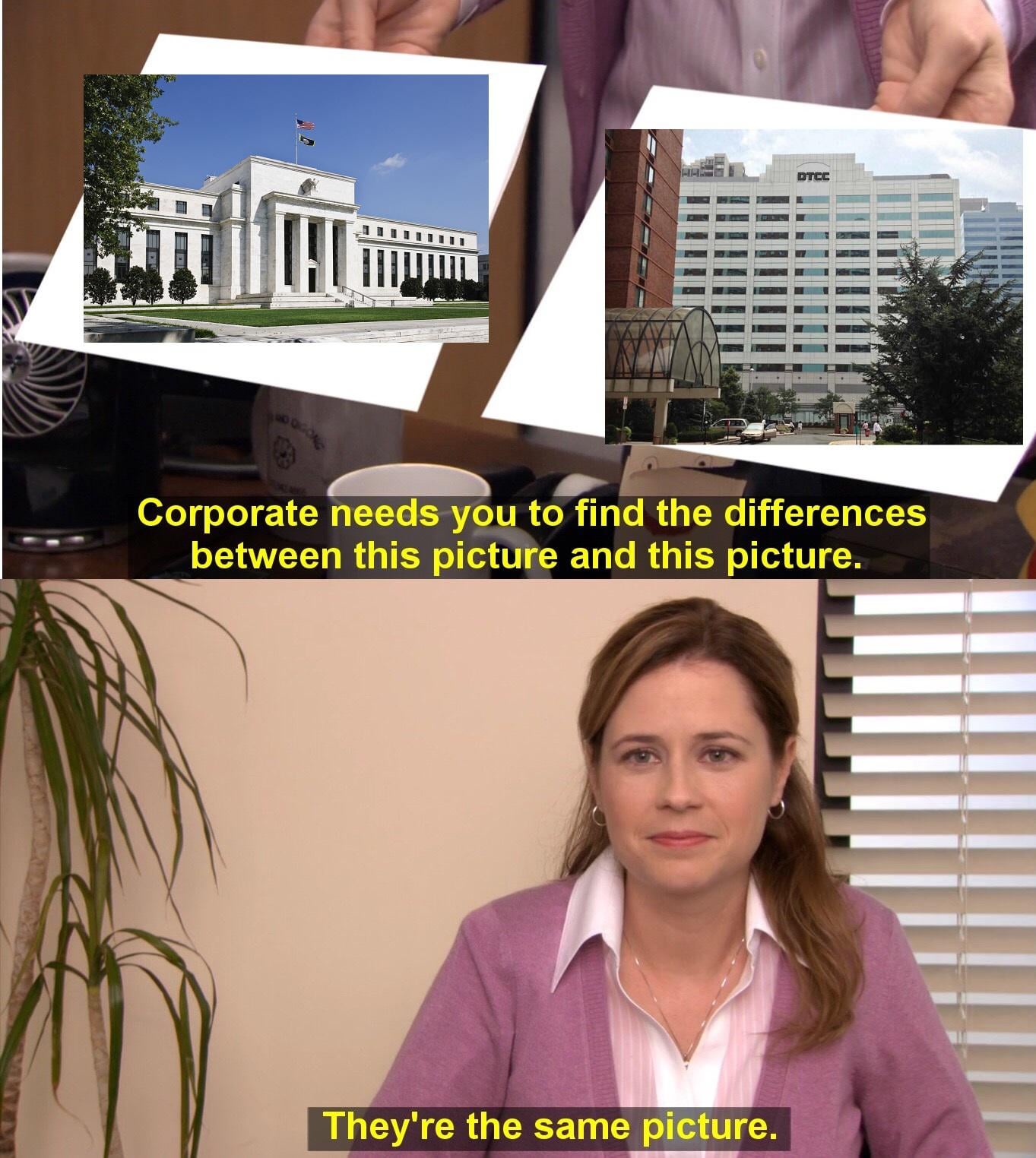 The Glass-Steagall Act was passed in the wake of October 1929 stock market crash that plunged the United States into the Great Depression. This act separated investment banking from retail banking, so the money you have sitting in your savings account cannot be used for speculative purposes in the stock market.

In this situation, the Glass-Steagall Act quite literally separated speculators from mom-and-pop savings accounts. Why was this a good thing, and why should it matter? Because you, your mother, father, husband, wife, wifes boyfriend, etcs savings account can now legally be used by JP Morgan Chase in the stock market to short a stock with Glass Steagall’s repeal. 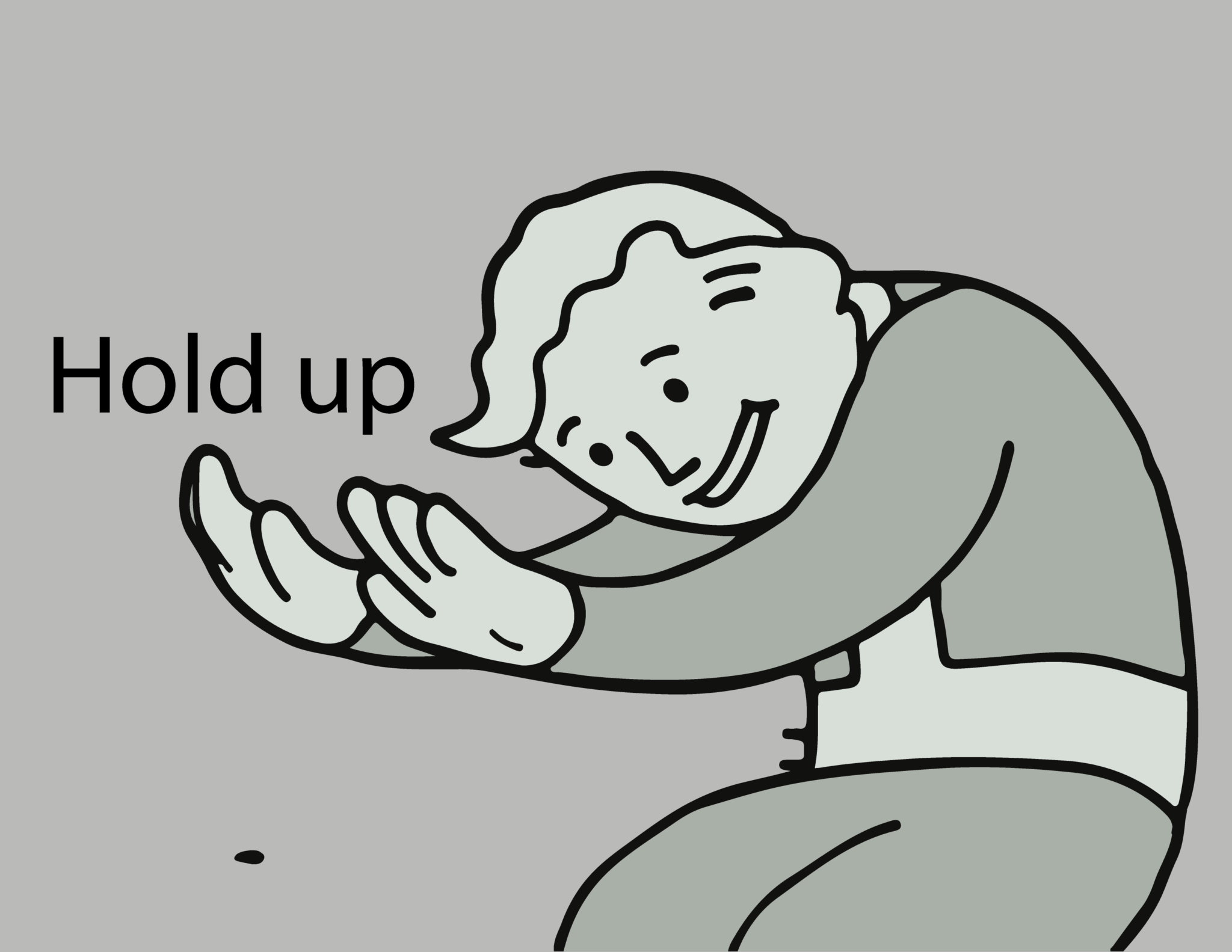 what the hell is happening

What does that mean in the grand scheme of things?

Your money, which the banking system is federally required to keep x% on hand at any given time, can be used in the stock market at its liability value – not reserve value – amplifying the potential debt per transaction. Once it is in the US equities market, the brokers are only required to carry the single real stock on hand (shares can be loaned so long as there is “reason to believe that share can be located”), but this debt is paid for with debt the bank already owes you. This by definition creates more debt in the system until those shorts close. This is all “regulated” by self-regulatory organizations and private companies, whose leadership team/board of directors often include members of the bank that is using your money to create this debt to begin with. FINRA Board of Governors | FINRA.org.

Yes, Brokers carrying 1 share is an absolute extreme. Many carry millions (remember when Fidelity showed 13 million shares to borrow one random morning)? The point remains the same. There is no accountability matching 1:1 of shares that should exist, and when that share is shorted it’s no longer available to be shorted until it is returned. There is no accountability on making sure these shorts get closed out, hence the cellar boxing DD by u/thabat. 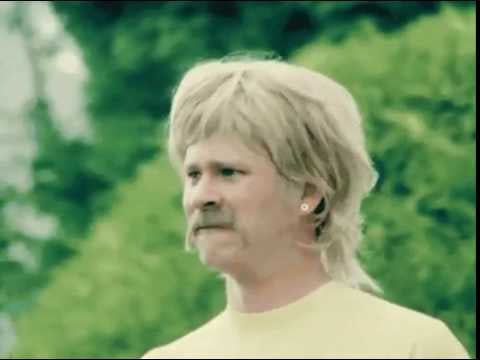 The composite man (whoever that may be), is able to take the full amount of debt he owes me through my savings account and use it in the stock market, where the reserve requirement is set by institutions not regulated by the Federal Government. Is it 5%? 10%? 1%? Who the hell knows – it could just be some arbitrary number that adjusts daily (Hence Robinhood saying they shut down trading on GameStop because they were hit with a 3 Billion reserve requirement from the DTCC one random morning).

The same composite man is able to manipulate the stock market with the sheer amount of assets they have available to them at any given time – 90% of every savings account that literally exists as a liability to the bank. He can then with my assets, run retail through the Market Cycle, inflicting maximum psychological pain to create maximum theoretical profit. I then, as retard retail, buy the synthetic stock on the open market from my broker that has quite possibly hundreds, thousands of other liabilities attached to the single real share from synthetic shares produced via shorting and the ETF market. 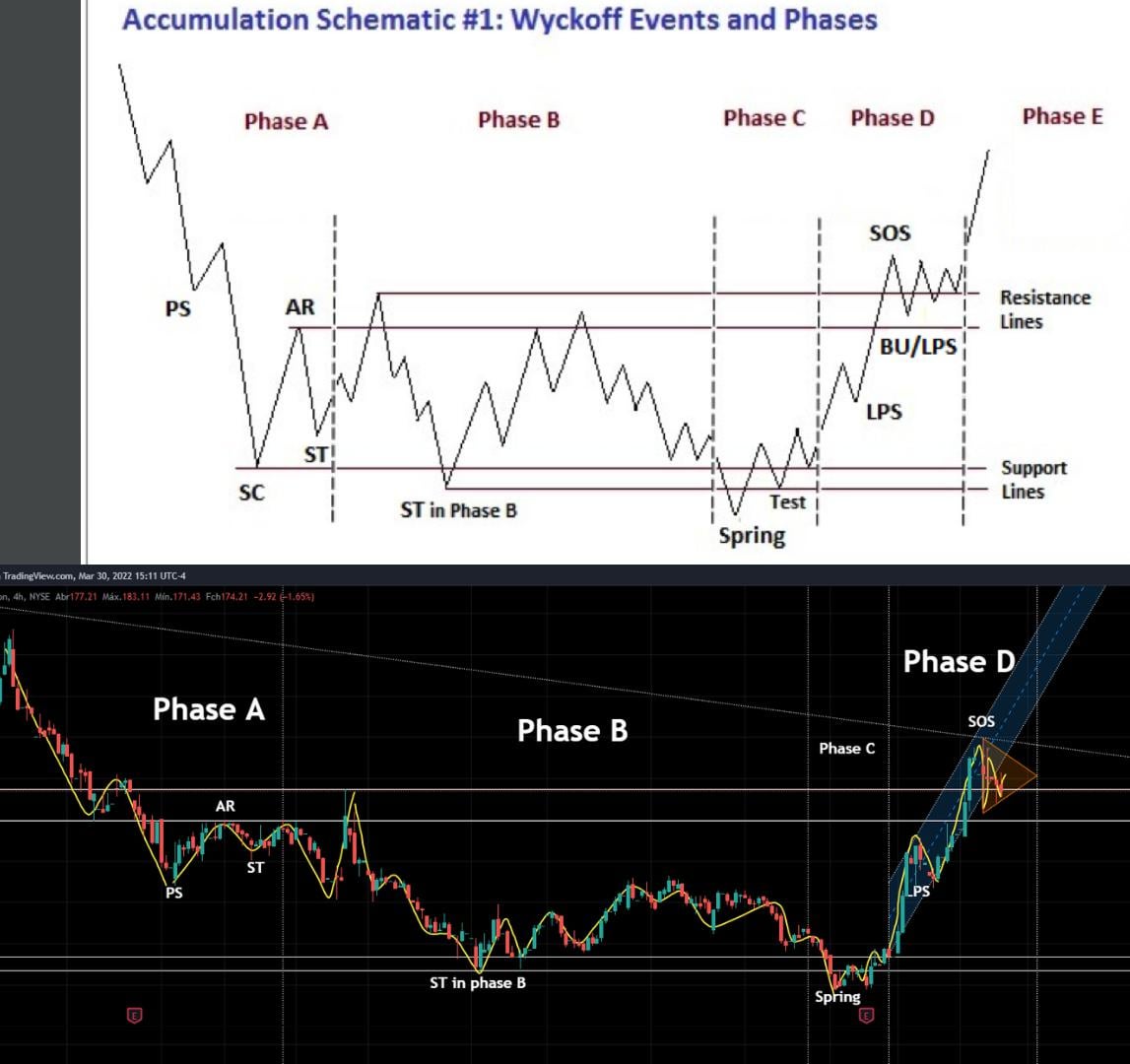 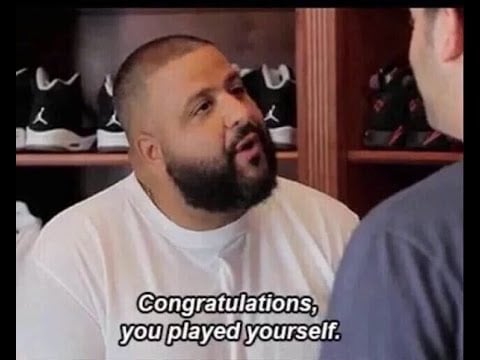 I guess I am retard retail after all

Remember from the last DD where I said “it’s highly likely that we operate in a completely parasitic system designed to prey on retails emotions by getting them to buy stocks high and sell stocks low. The people with the money (I’m looking at you, Prime Brokers and Hedge funds), are able to manipulate price movement by routing the majority of orders through their dark pools, keeping complete control over pricing of assets so they can enact these mark-up/mark down periods. After all, this is a LEGAL way big players can steal money from retail in the stock market. By buying low and selling high”? It’d be an absolute shame if the same person able to manipulate the markets was able to use your own money to do it.

What is the solution to this absolute massive, giant clusterfuck? Well, there is none. The liabilities in the system are going to exist until they no longer do. How do you reduce your exposure to the shitstorm that is brewing? You take ownership of the asset from the people that have caused this by their own greed. You don’t enable the bullshit that retail has enabled in the market for this long. Once your REAL share is taken away, it can no longer be loaned out via brokerages, and worst-case scenario YOU will be the one holding the composite man accountable for his borrows and the stupid amount of debt he is pumping into the system. If YOU don’t want to loan YOUR share, don’t. 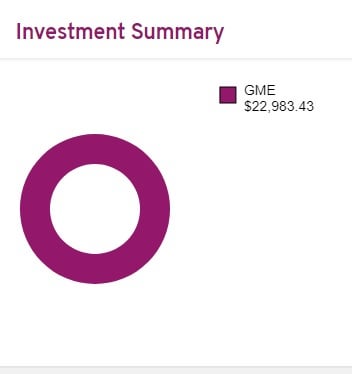 Own your assets. Not financial advice. 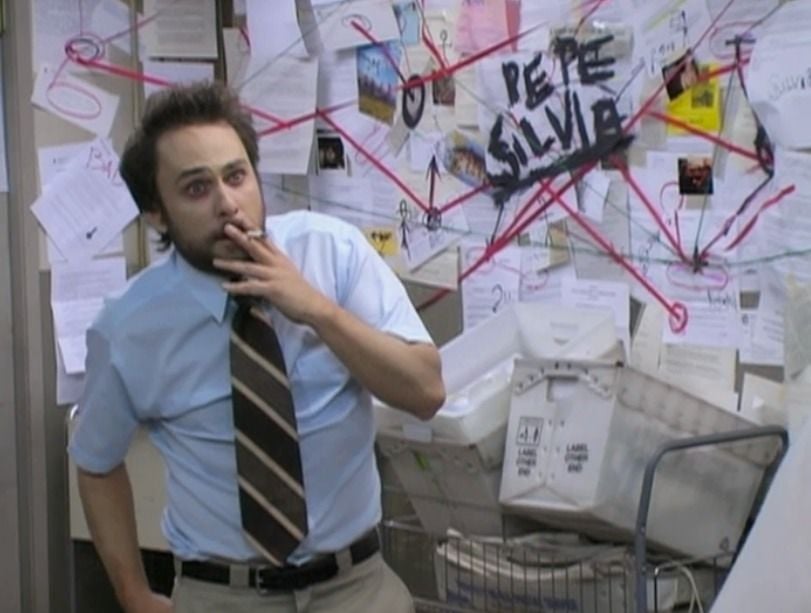 TLDR: The fractional reserve system in which the stock market is operating under (but lmao shouldn’t be), with self-regulatory organizations overseeing the system, is the reason bubbles in the market form. The federal reserve through its covid response inadvertently forced TRILLIONS of dollars into the stock market which is currently being held in CFDs or IOUs, or literal toxic pieces of shit. If they had not, there would have been a bank run on the US Equities market and it would have been drained of all liquidity from the system – only debt left. This severely under-regulated fractional reserve system is allowed to use YOUR savings account to create fake IOUs and sell them back to you. This is the reason when this bubble pops, the drawdown is going to be absolutely monstrous.