Ok, so I made a post on Thursday pointing out the language in the 8-k saying (bold emphasis is mine)

On March 31, 2022, GameStop Corp (the “Company or “Gamestop”) announced its plan to request stockholder approval at the upcoming 2022 Annual Meeting of Stockholders (the “Annual Meeting”) for an increase in the number of authorized shares of Class A common stock from 300,000,000 to 1,000,000,000 through an amendment to the Company’s Third Amended and Restated Certificate of Incorporation (the “Charter Amendment”) in order to implement a stock split of the Company’s Class A common stock in the form of a stock dividend and provide flexibility for future corporate needs.

I got a lot of responses comparing it to Tesla’s split filing. This is because Tesla did the exact same thing, which kicked off their squeeze let’s look at their 8-k from August 11, 2020

On August 11, 2020. Tesla, Inc issued a press release announcing that its board of directors has declared a five-for-one split of Tesla’s common stock In the form of a stock dividend.

(Edit: ok, so I wasn’t involved in the Tesla squeeze and time has been super weird for the last few years. Dividend was in 2020, not 2019, price was around 250 when it was announced, not 45. The language of the filing is correct though.) 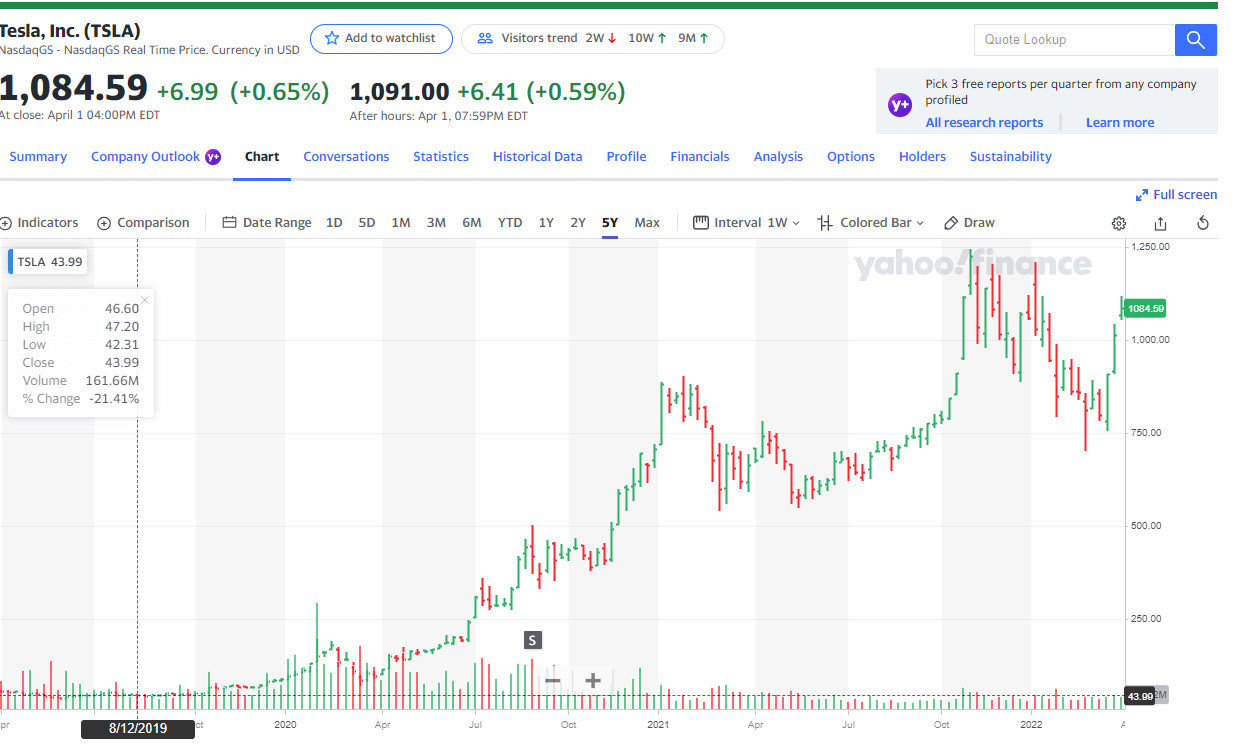 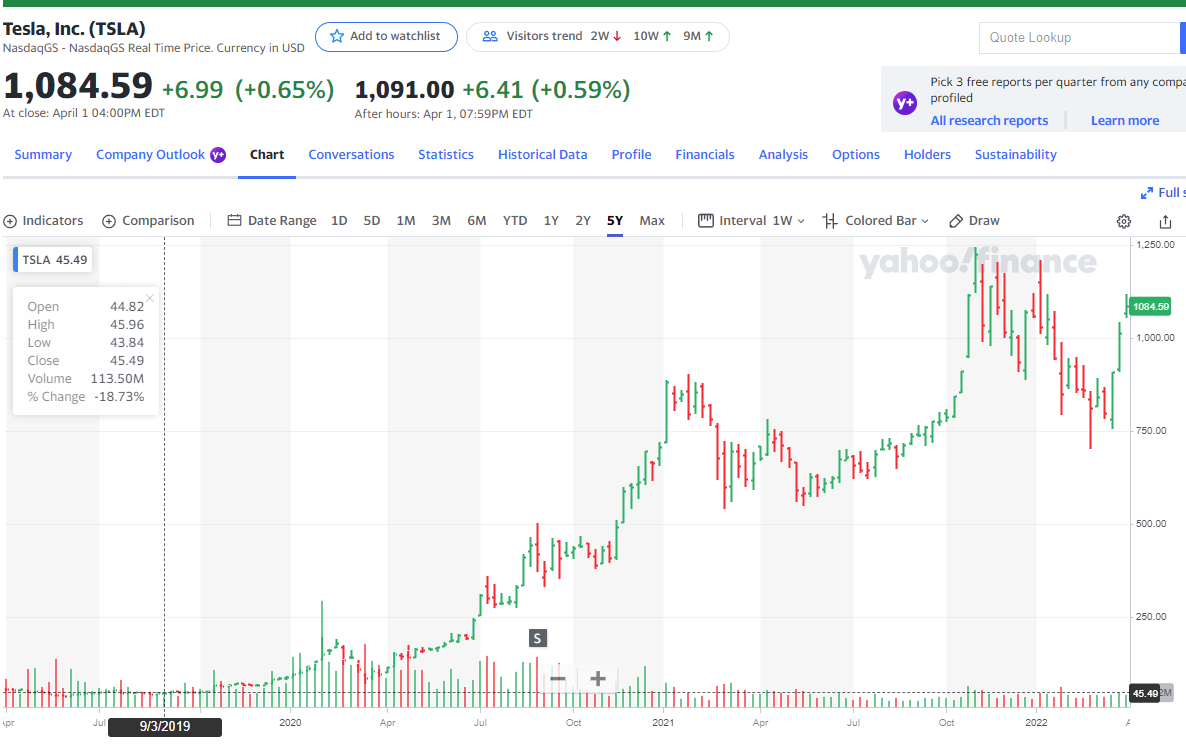 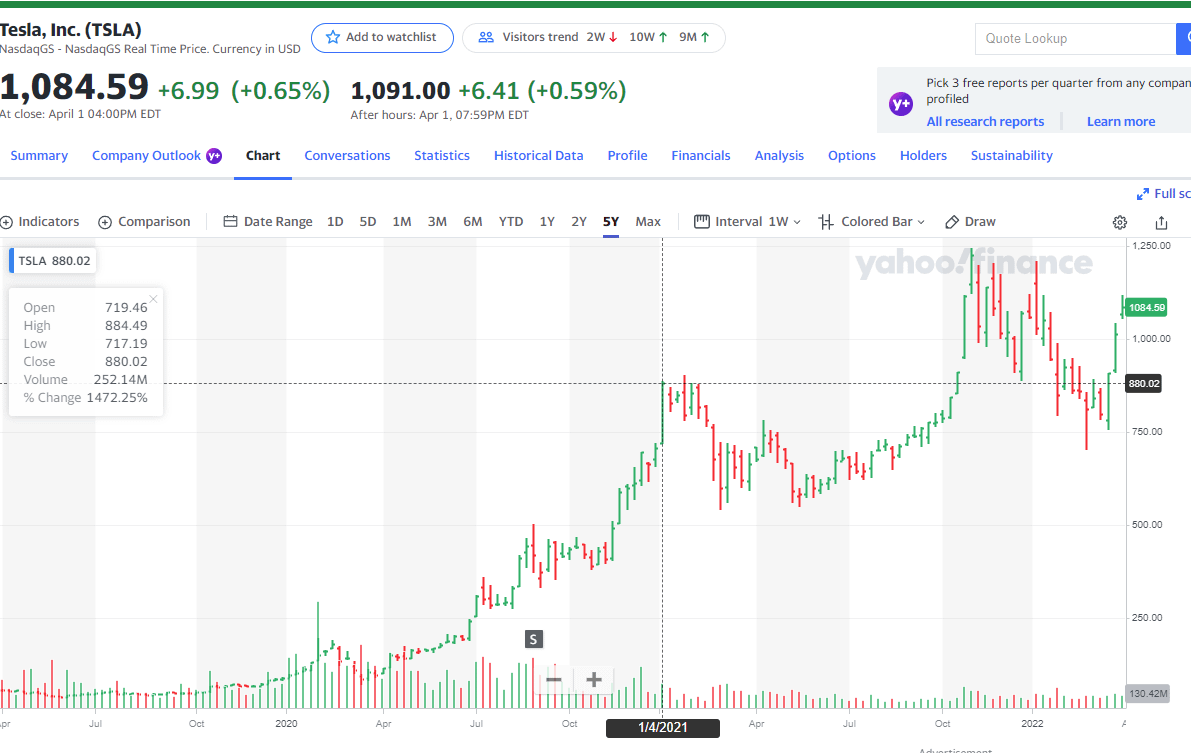 On March 9, 2022, the Board of Directors of Amazon.com , Inc. (the “Company”) approved a 20-for1 split of the Company’s common stock to be effected through an amendment to the Company’s Restated Certificate of Incorporation (the “Amendment”). The Amendment will also effect a proportionate increase in the number of shares of authorized common stock.

In both cases, the shareholder will see their balance of shares increase 5 fold, however the price will react differently

Now for the fun part: speculation on the split ratio

Gamestop currently has 76.3 shares outstanding. Any split ratio of 4-for-1 or higher would put them past the currently approved number of outstanding shares that they can issue which is 300M. but they are asking to go to 1B, so I don’t think it will be that low.

Gamestop has also asked for 8m shares to set aside for executive compensation, so the outstanding after the split can actually only get to 992M and not 1B. This means that the upper limit on a stock split would be 13-for-1 but that wouldn’t leave them with any shares left to do anything with so I don’t think they will go that high.

I think it will either be a 7-for-1 or a 10-for-1 split where we would get either 6 or 9 new shares for every share we previously held.

For anyone wondering why they didn’t do this sooner. The increase to the number of outstanding shares they can issue requires a shareholder vote, and the dividend requires approval by the board. RC was not in control of the board yet for last year’s annual meeting, so they had to wait until this year to take this particular step.