Skip to content
Lovely u/PWNWTFBBQ is the author of the below.
Yo.

I have a bunch of DD’s I’ve always working on. One of which has the hypothesis GameStop was never going to be burned to the ground to be permanently closed. Instead, it was meant to be acquired. Generally speaking, I have these main objectives for that DD:

It’s objective (5) which causes me to not pump out DD as much as I use to (or would like). However, when I came across this specific shitshow detailed below, I knew I had to immediately fucking tell people about this shit. 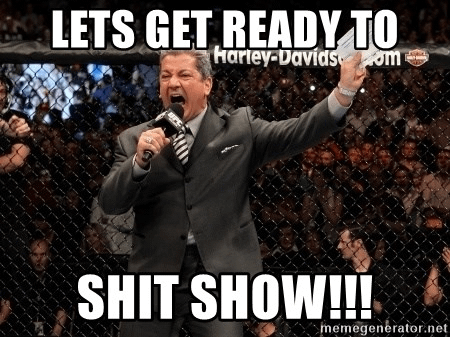 United Talent Agency’s Wiki has the most useless sounding description with a bunch of nothing meaning.

It’s all bull-shit jargon meaning they’re purposefully being vague about what they’re actually fucking doing because what they’re actually fucking doing is super corrupt and most likely done through hostile takeovers. So… United Talent Agency recently created UTA Acquisition Corporation (UTAA) so they literally could do just that and buy gaming, digital media companies with new SPAC. 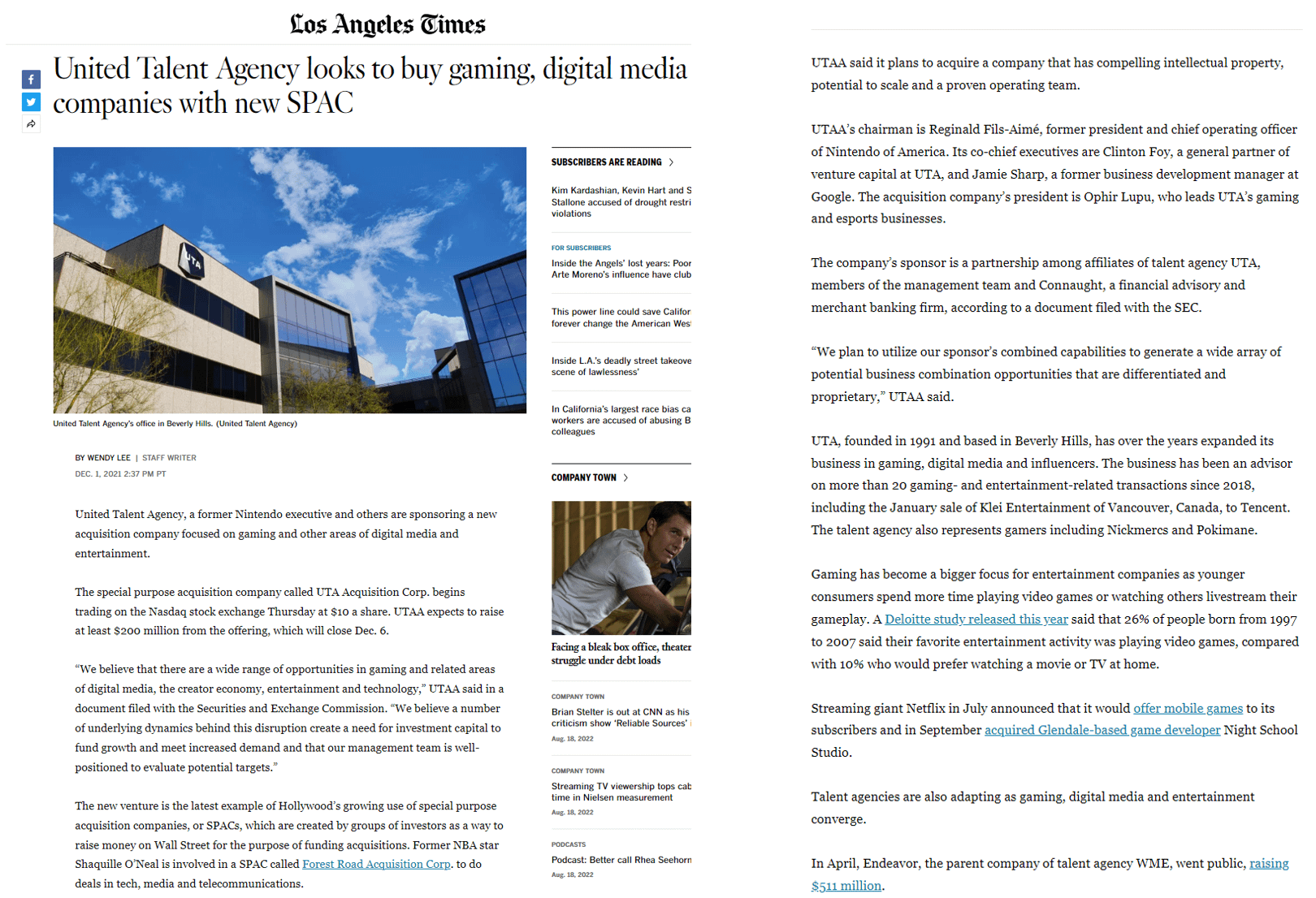 UTA straight up saying they’re going to start some shit

Well, fuck. Let’s go see what the SEC company filings have to say on all this bull shit.

Looking up this shithole’s filings

This UTA Acquisition Corporation nonpublic draft registration statement filed on 09/01/2021 is of my greatest interest, and one that is most referenced to within this DD.

First, UTAA (UTA Acquisition Corporation) “is a newly is a newly organized blank check company incorporated on July 15, 2021 as a Cayman Islands exempted company and formed for the purpose of effecting a merger, capital stock exchange, asset acquisition, stock purchase, reorganization or similar business combination with one or more businesses, which we refer to throughout this prospectus as our initial business combination.” 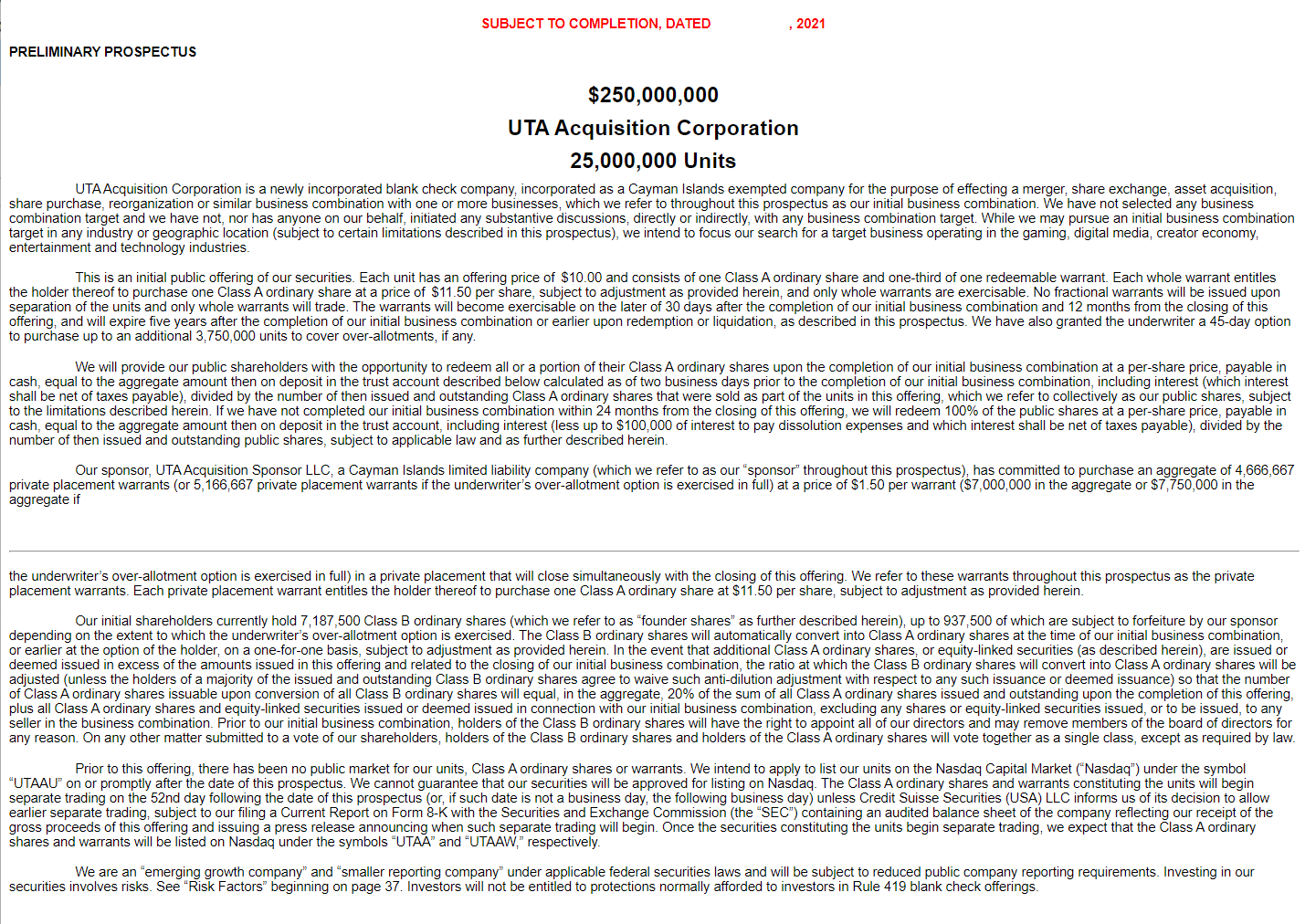 UTAA is a pop-up company that can send like $250M to the Caymans, so all that whore money doesn’t have to be taxed.

Ready for an Emotional Rollercoaster? 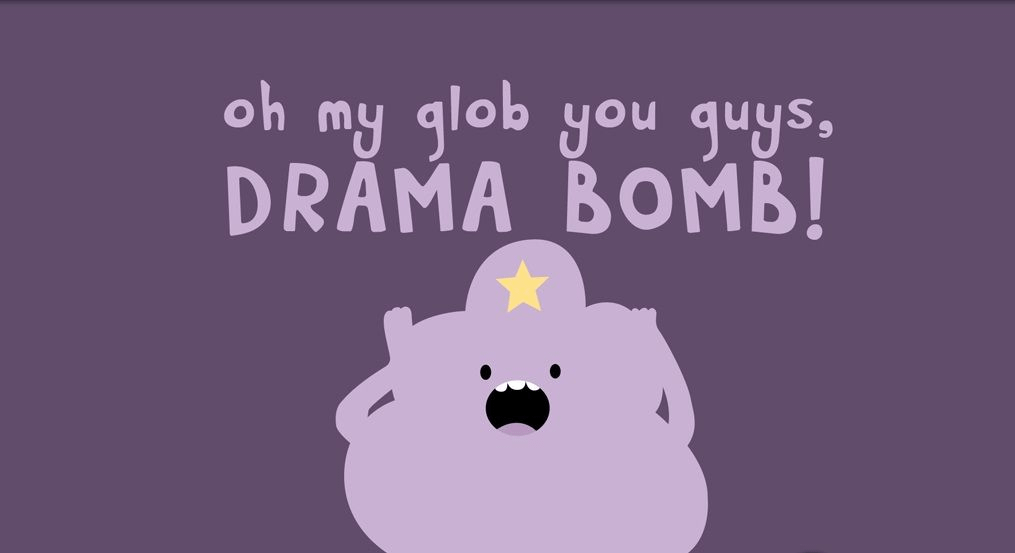 Former GME board members, Fils-Aime and Vrabeck, who were forced to resign in 2021 quickly found new employment at UTA.

Within one of the UTA Acquisition Corporation SEC Form S-1, Fil-Aime’s and Vrabeck’s professional backgrounds were listed but neither mentioned GameStop despite maintaining very high leadership roles for a while.

On March 9, 2020, GameStop announced Fils-Aime joined its board. 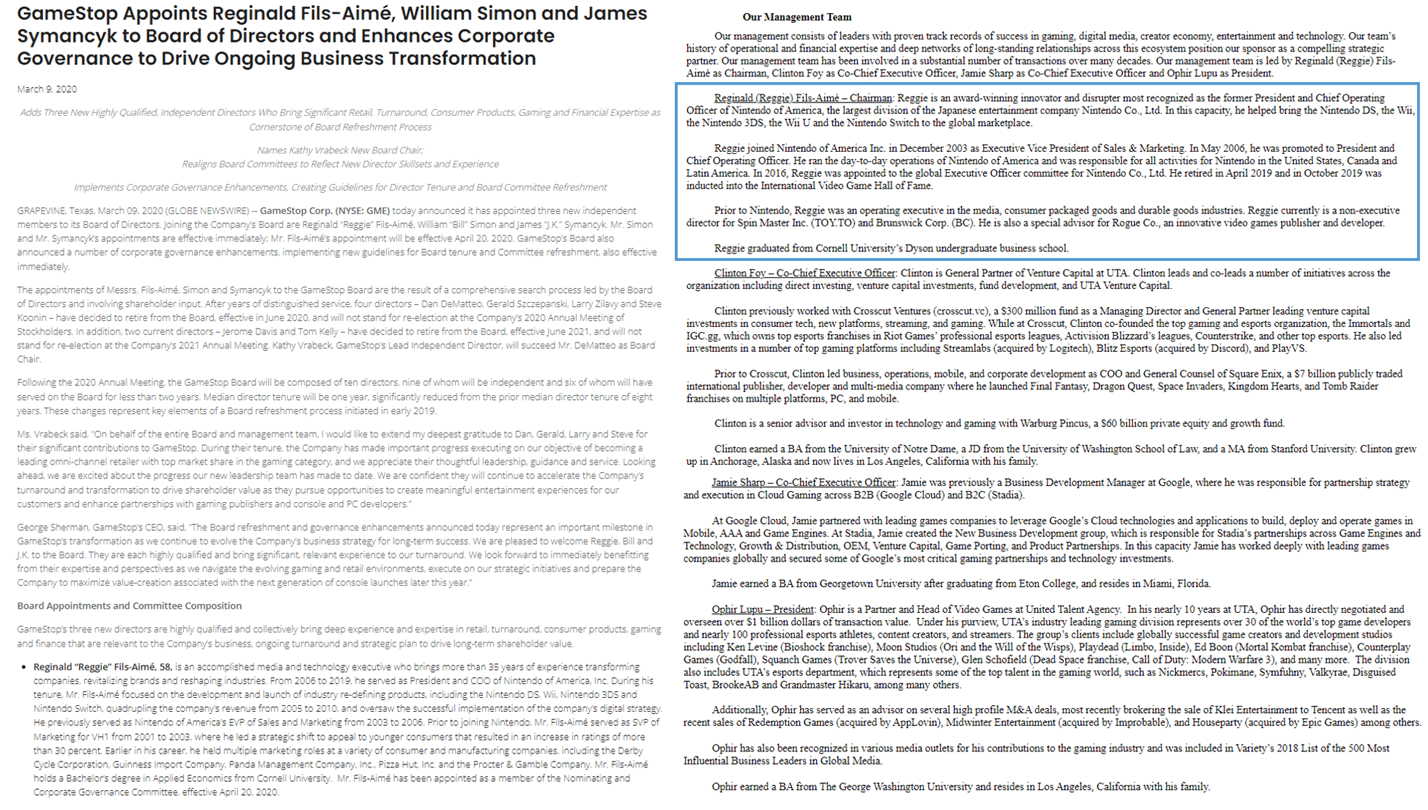 On June 22, 2012 GameStop announced Vrabeck joined its board. 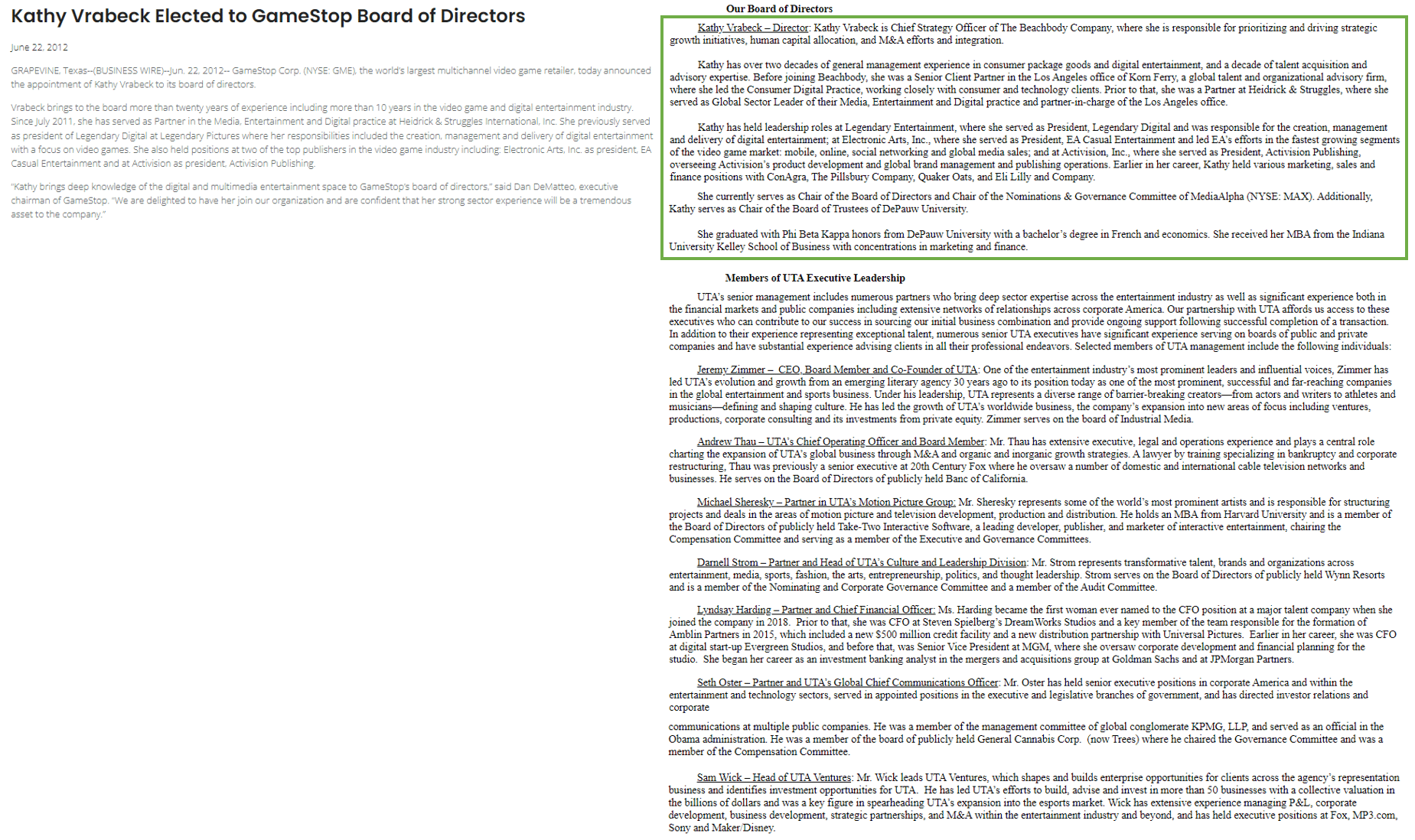 On May 11, 2020, GameStop Recommended Stockholders Vote the BLUE Proxy Card to Support ALL of GameStop’s Independent, Experienced and Highly Qualified Directors. The more notable bit from that article is the persuasive argument detailing how the nominees from Hestia and Permit Capital were members of a proxy battle.

Just look at this shit, and the assclowns they’re hyping up. What a fucking joke. 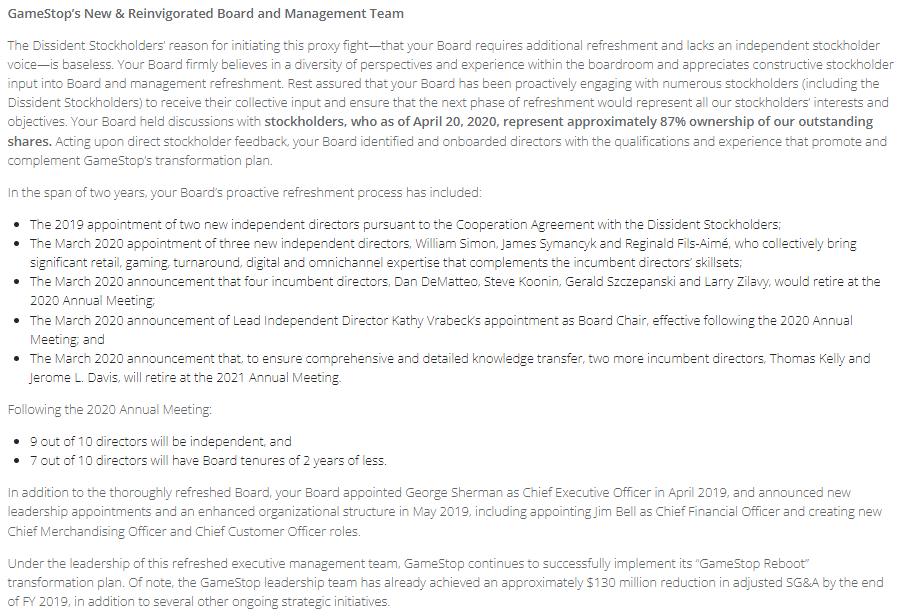 A plunger brings up better useless shit than this

Looking more closely at the above UTAA insiders table, we come across an unexpected surprise!!! 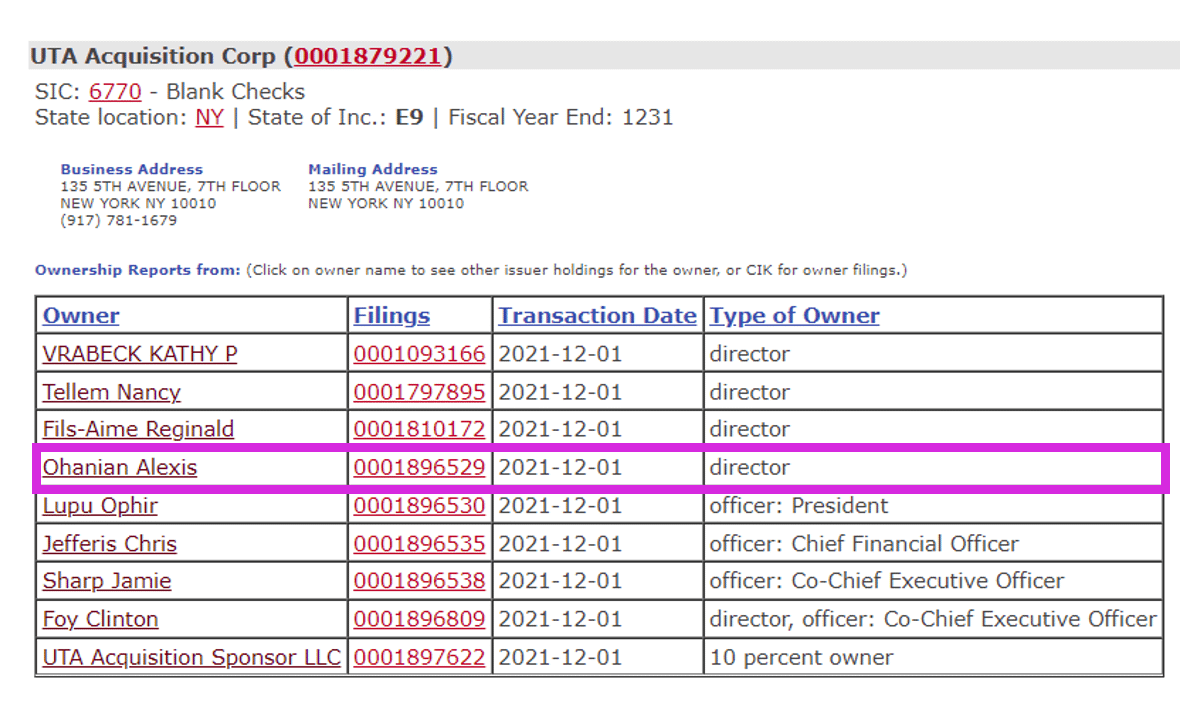 Ye. Just like the shit-hole GME board members, Reddit’s Ohanian is sa part of this fucking bullshit, too. 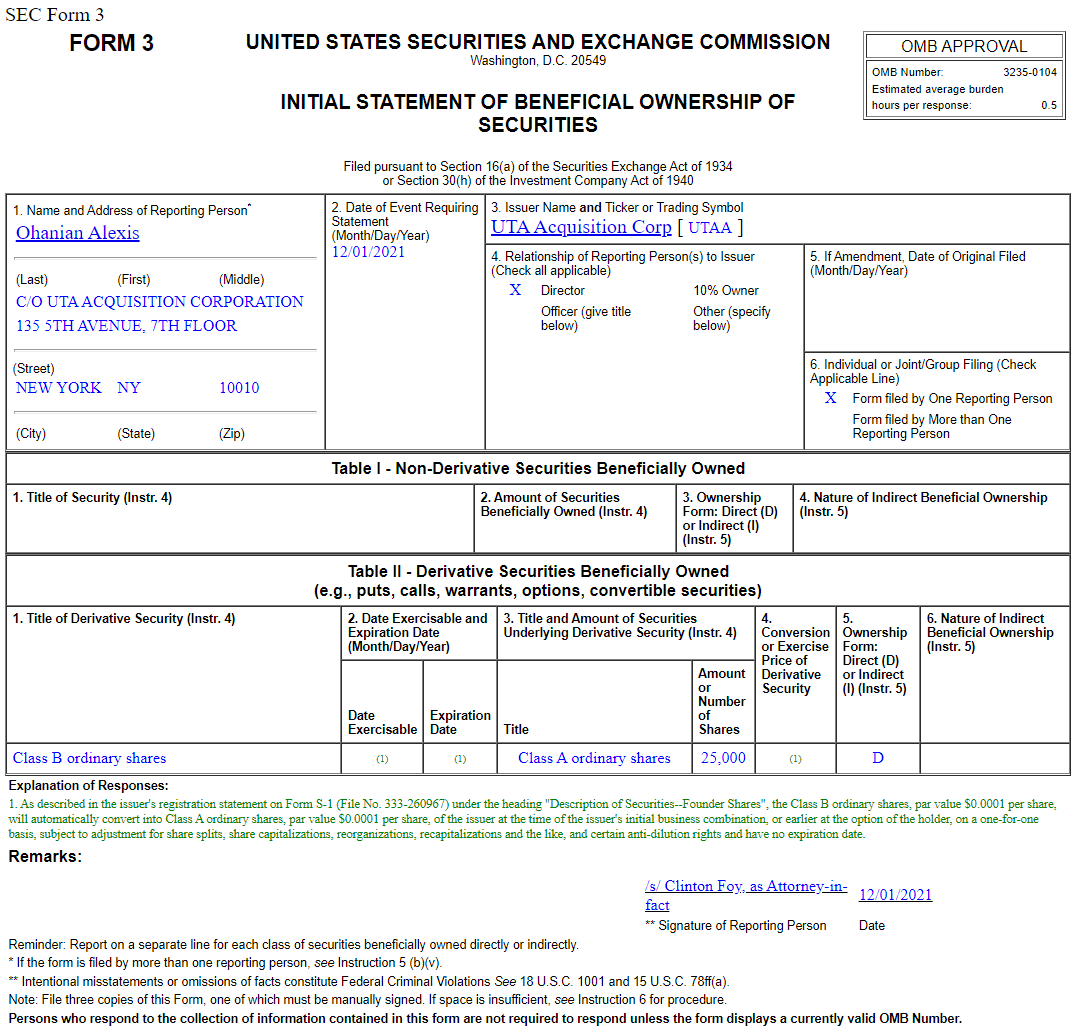 UTAA even included him in one of their SEC filings. So presh.

Let’s check out the Reddit side of things before moving on to the other shit. I’m sure nothing could be going on with our beloved Reddit.

Reddit Form D isn’t at all sketch with those sudden massive investment offering amounts along with sudden drastic changes in leadership that seem oddly timed to Ohanian’ becoming a UTAA director or the Jan 2021 sneeze. 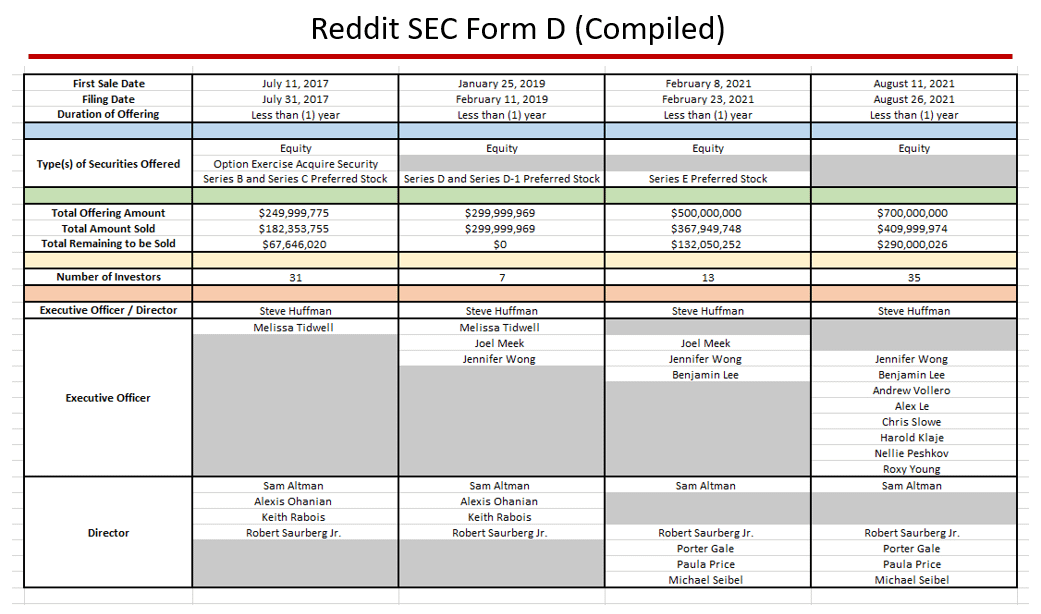 These Reddit Investors are totally nothing to be worried about. These big banks have always been too big too fail that’s why they survived 2008. We can trust them… always. 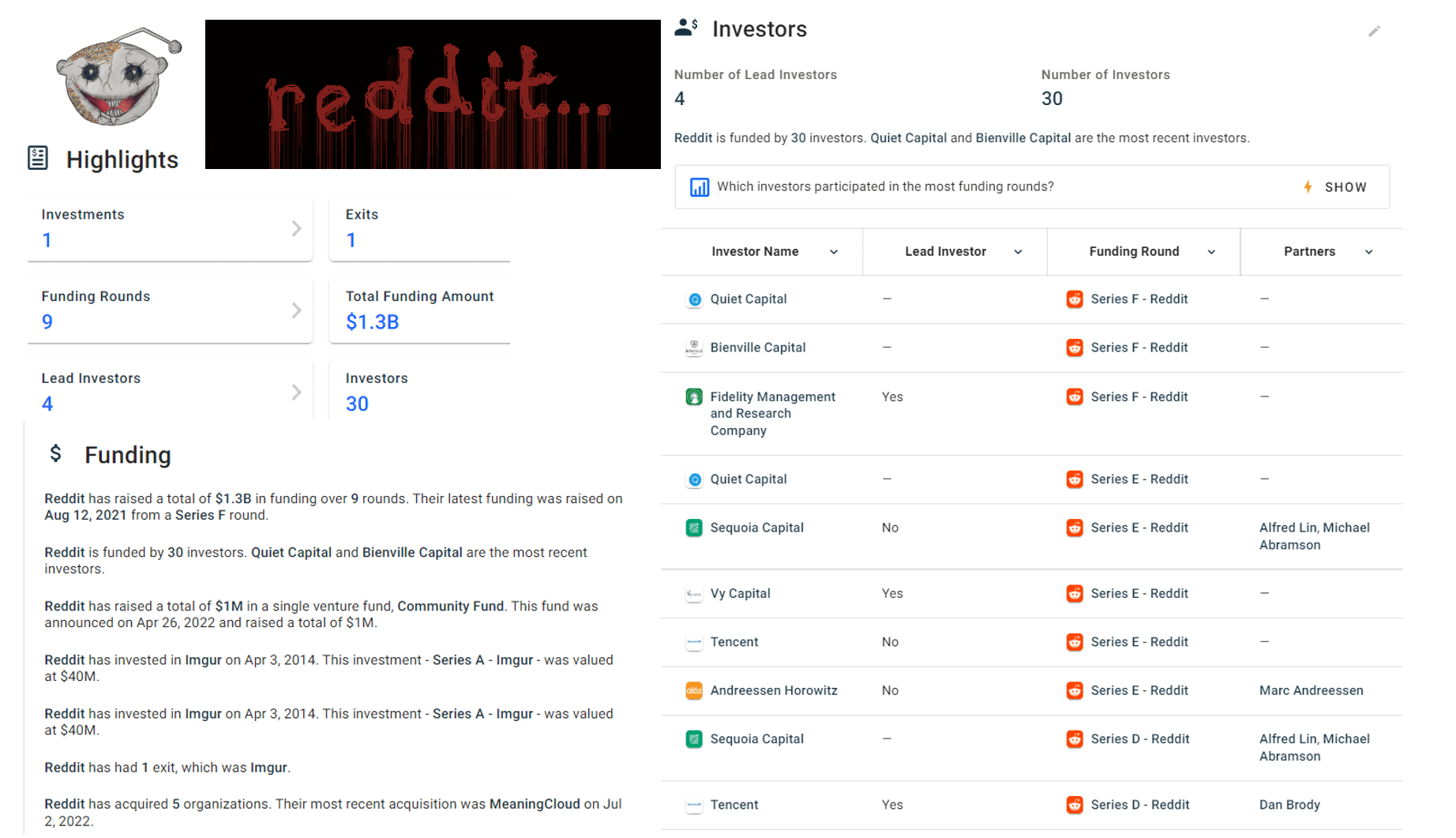 Reddit seems to be in tip-top shape. Let’s go back to UTAA!!!

Look at this fucking UTAA fucking 10-K filed on Mar 30, 2022 talking about their fucking stupid fucking fucked up IPO. 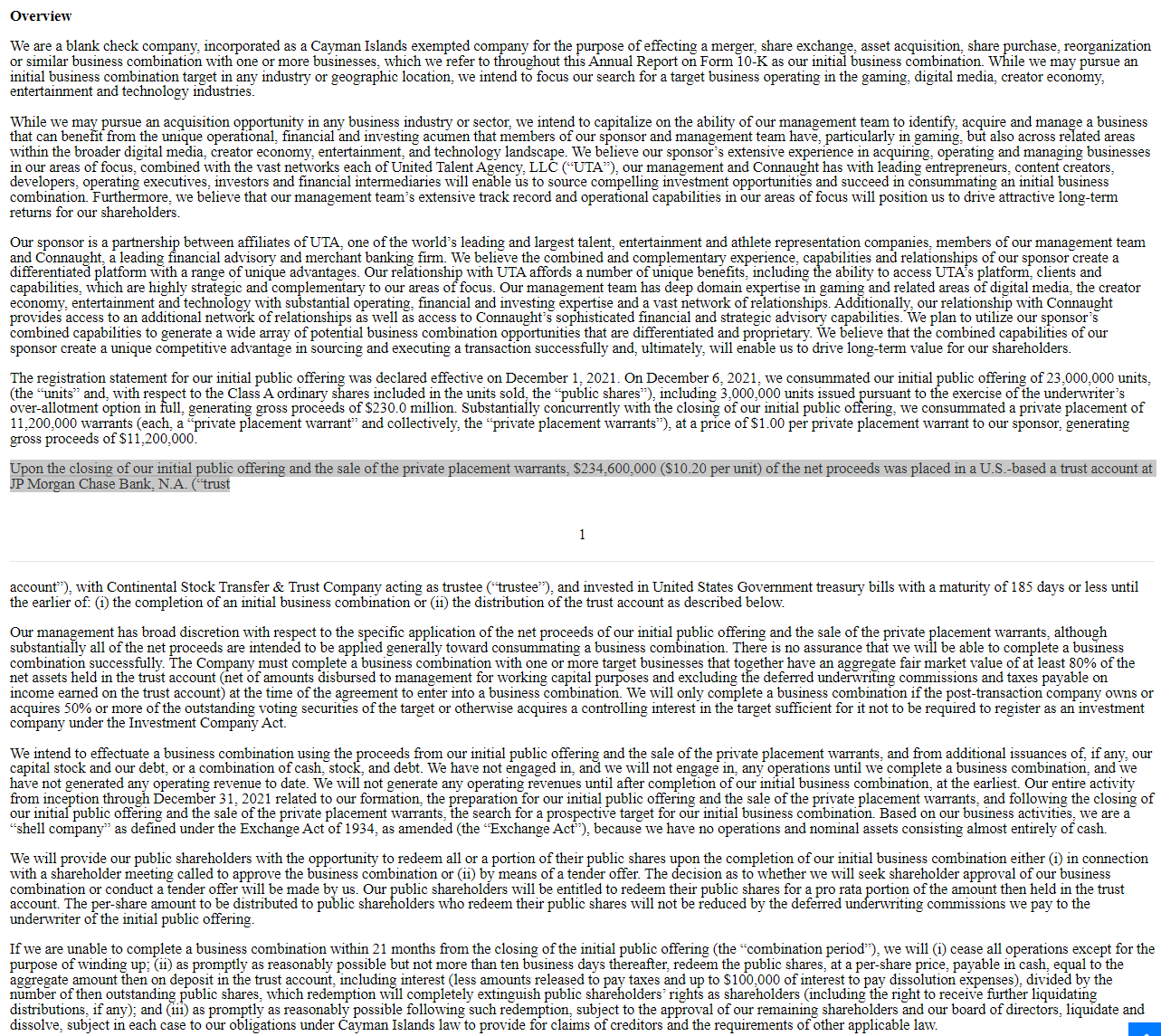 Wanna add another reason why nothing big happened at the beginning of this year? That fucking date… January 24, 2022… UTAA decided to allow its 100% totally legitimate stock holders to trade. 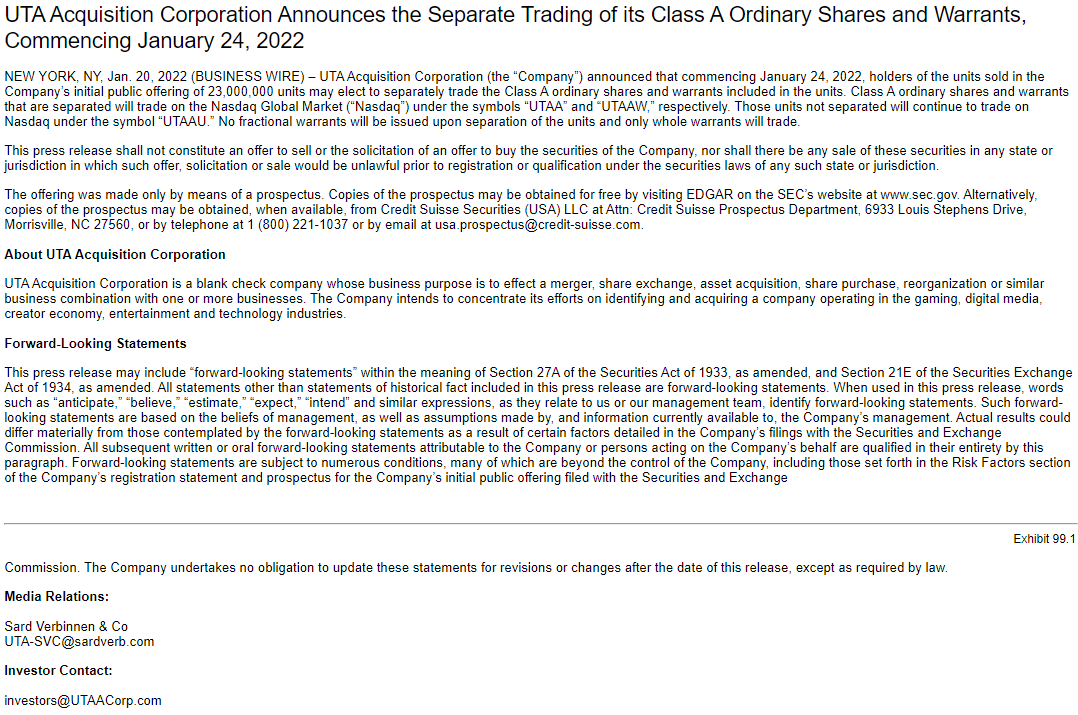 I’m trying to keep this not too lengthy since I have all these other book long DDs I’m working on. Thus, as a final touch, here are the important UTAA events along with corresponding GME OHLC for that date. 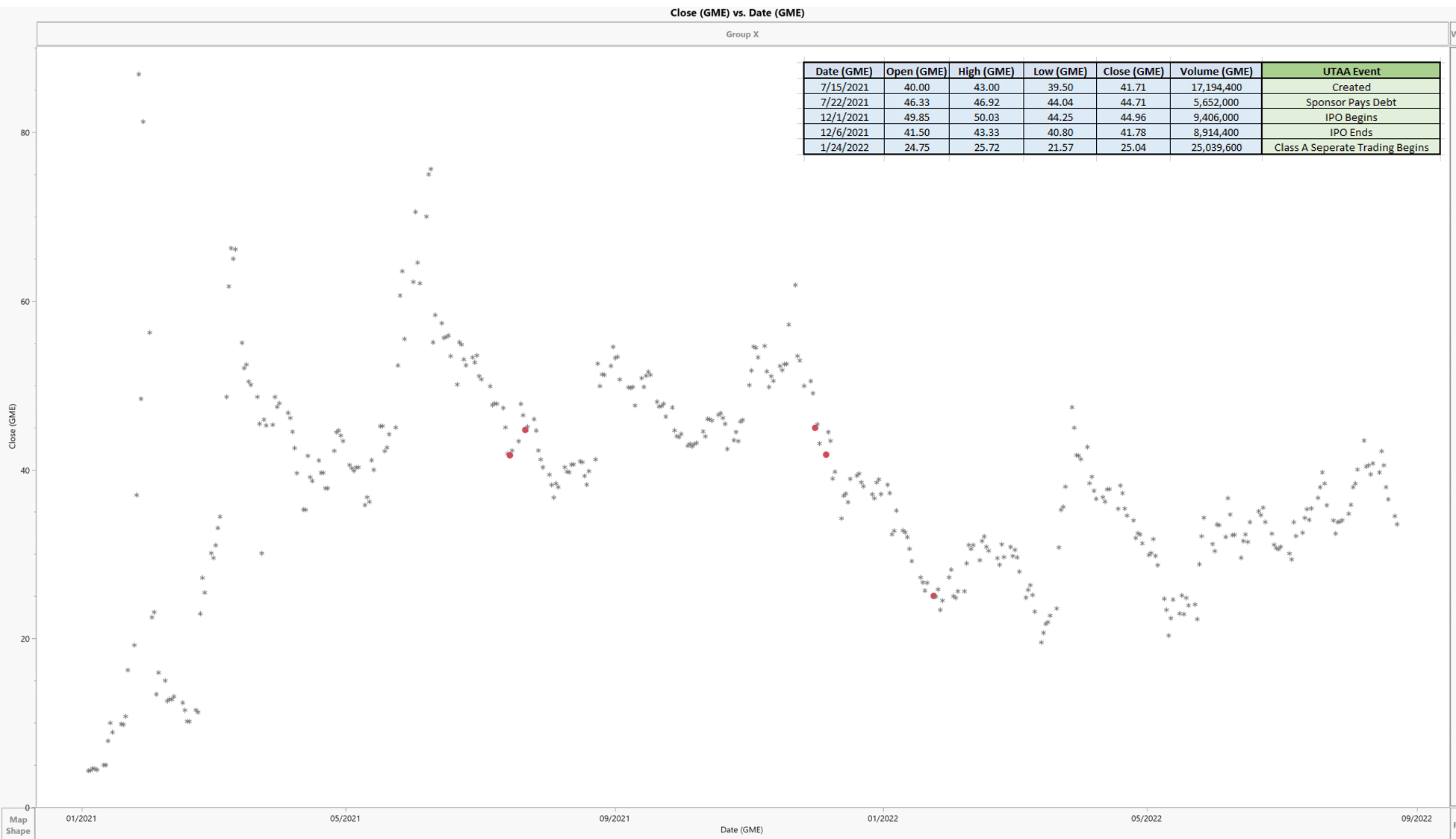 One Reply to “Both former Reddit and GameStop board members are currently now directors at UTA – a huge acquisition company breaking into the video game sector.”