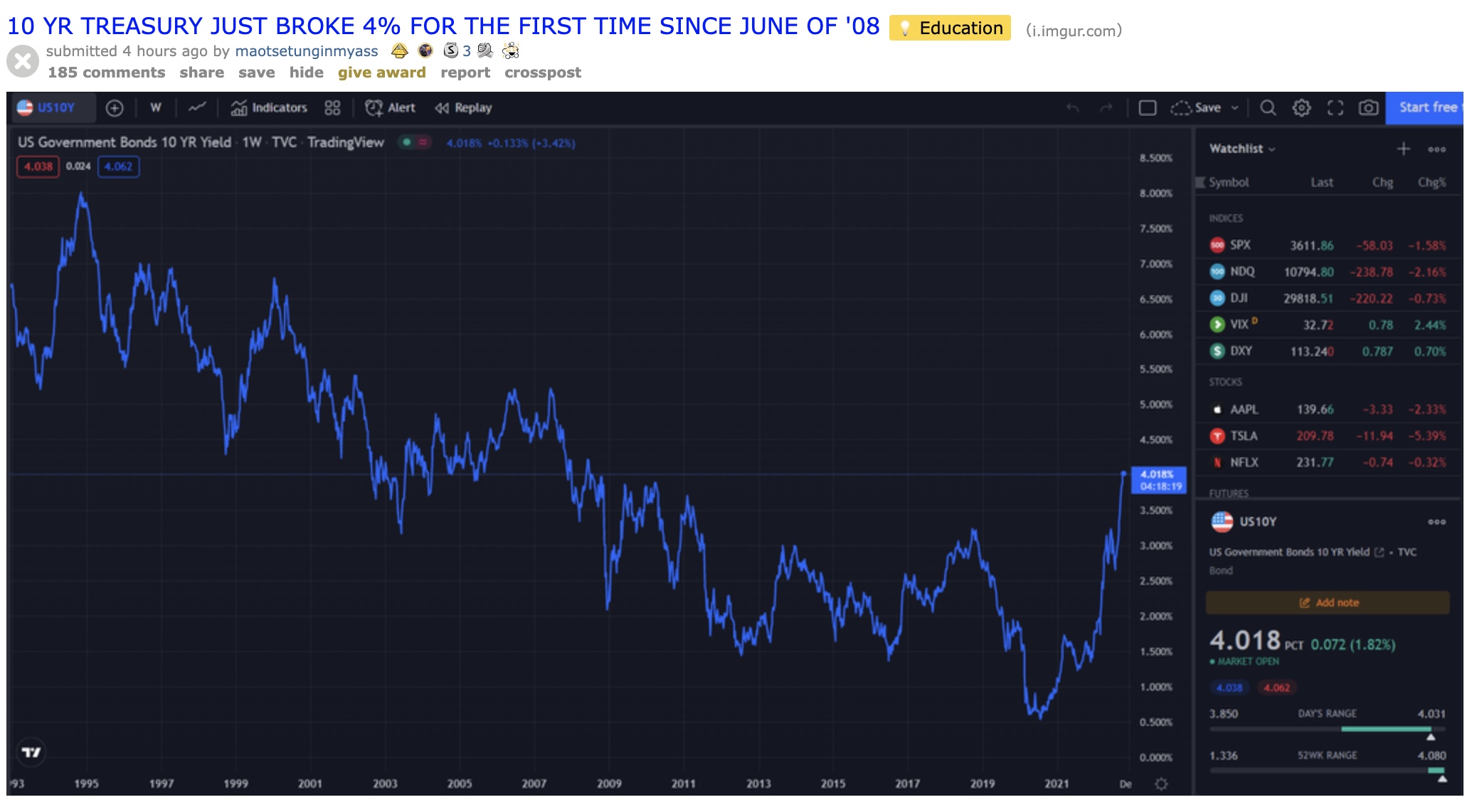 The bond market collapsing means the unwinding of all the positions that those bonds are leveraged against. This of course means that some of those bonds are likely used as collateral for say, massive short positions, or swaps. Either way, a collapse of the bond market is systemic. You are looking at Sovereign Debt Default, not simply a crash of the stock market. It is much bigger than that.

This is why the UK government had to step into support UK pension bonds. Pensions are supposed to be safe, and they generally invest in bonds. Because the yields have been so shit over the last decade, these pensions were given the ability to use leverage (disgusting). When their bonds blew up because of Dollar strength and general UK fiscal/monetary policy disaster, they needed to put up more collateral, which they didn’t have. The UK government had to step in and bail out the pensions. These bailouts ended TODAY.

The bond market is the ticking time bomb IMO. If something breaks, it will be in the bond market first. Bond markets are also where the Fed and PPT have less control. There are no dark pools or PFOF to front runs trades. In this endgame, it’s either supply the world with more USD by buying up US T-bonds funded by printing money, resulting in hyperinflation, or extreme deflation by raising rates. It all goes back to the Dollar Endgame.

Hedgies are fked. Governments are too.

edit: Bond market is 2.5x the size of the stock market.