Quote stuffing, which is referred to as “one of the most visually obvious forms of HFT” in Credit Suisse: High Frequency Trading – Measurement, Detection and Response and documented extensively by Nanex, for example here: Nanex: Quote Stuffing and Strange Sequences, occurs when bid or ask orders are added and then/deleted in rapid succession. Whether or not quote stuffing is malicious or not seems to be the subject of heated debate. I’m not an expert, so I’m not going to take a one sided position on this. I’m simply interested to see if similar observations can be made in Bitcoin, and whether or not it is possible to make sense of any observed activity. If I had to guess, I would say livelock like conditions are very likely to occur in event driven code: I’ve had to deal with all manor of different situations with my own trading code. I would also say that while this kind of activity may most of the time be a side effect of event driven processes, I think it is very plausible that it could be used in a targeted/creative way. Either way, the fact that this activity occurs at all is interesting in its own right.

The following examples show some activity on the Bitstamp exchange that appear to mirror quote stuffing (malicious or otherwise) found in conventional markets. The first example, below, shows a 15 minute time period on 2014-10-01. Note that 15 minutes is a very long time in comparison to where this phenomena are usually observed. Nevertheless, the asking price exhibits what is referred to as a square-wave in the Credit Suisse report. 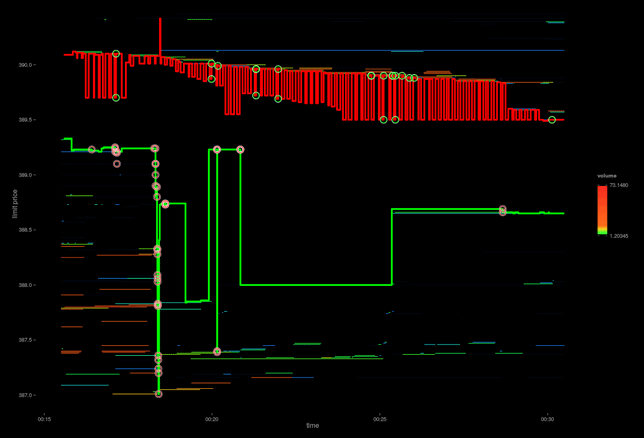 This next example, taken from 2014-10-03, the best ask oscillates quite wildly over a long period of time (~30 minutes). If this is the result of a bug, then it is a pretty serious one: the fluctuation is huge. 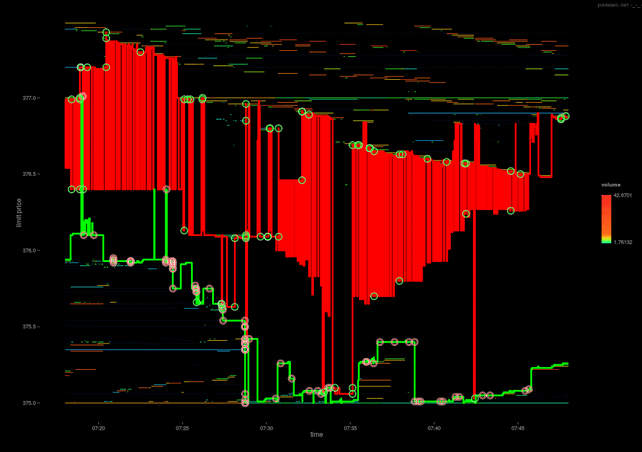 Zooming in to a 5 minute period shows the anomaly in finer detail. In addition, the depth map shows the fluctuating liquidity as the order is continuously added and removed. 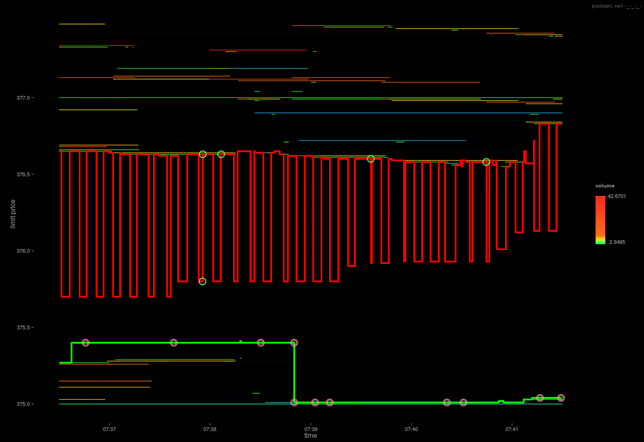 The next example, taken from 2014-10-17, shows a more interesting pattern. The ask in this case is decreasing at an irregular rate. I’m guessing that this is simply 2 or more selling algos jumping over each other. The bid side however seems to exhibit a more regular pattern: the bid increases to some level in small steps, and then resets. 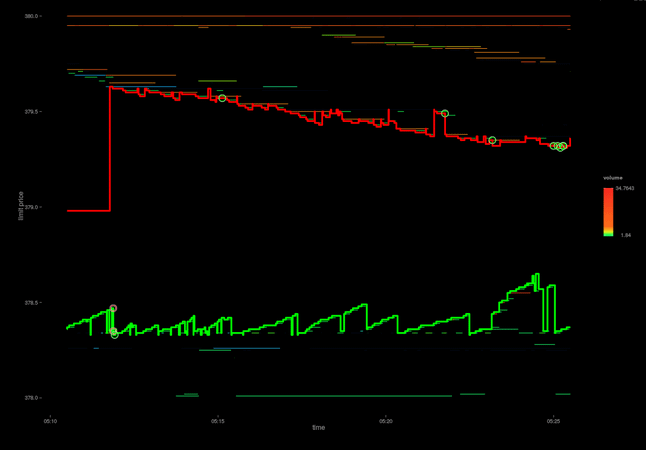 Looking at the bid event event data, restricted to the current best bid for the same period, shows this climbing and then reseting effect in greater detail. 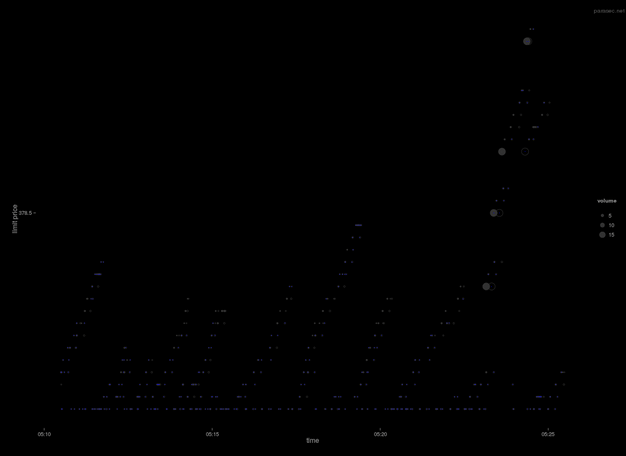 A slightly more interesting observation occurring on 2014-10-18. This time, reminiscent of the “sawtooth” pattern. 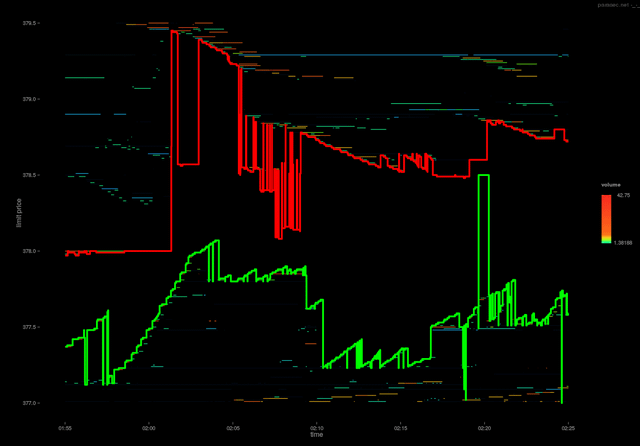 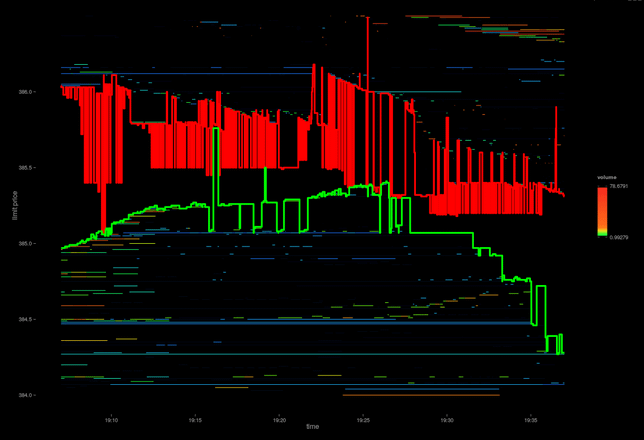 The sawtooth pattern occurring below, on 2014-10-22 is quite interesting. If we look at the corresponding order events, not only is this pattern increasing in price, but also in volume. The aligned cancelled volume chart shows the actual amounts. 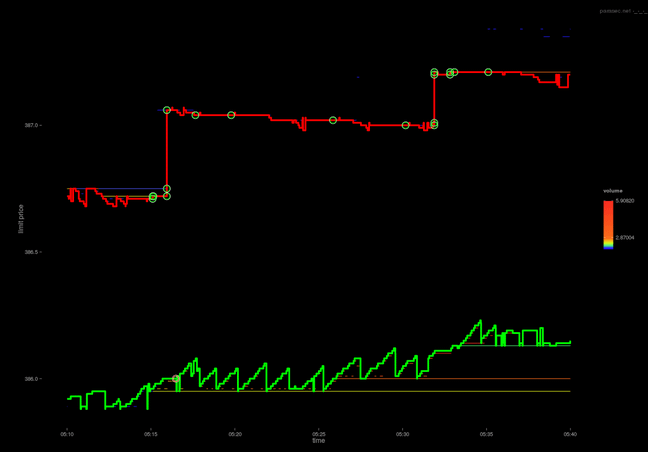 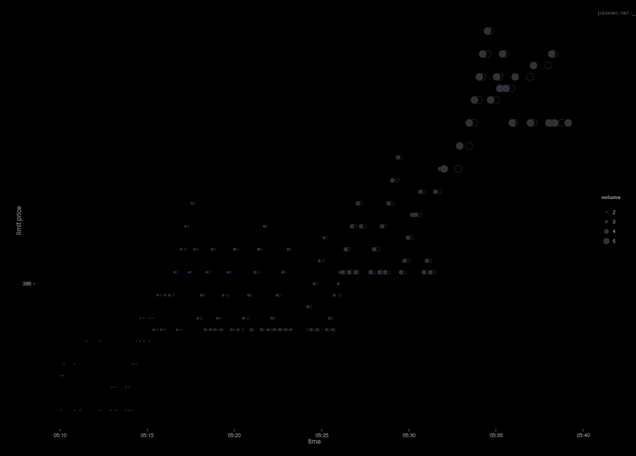 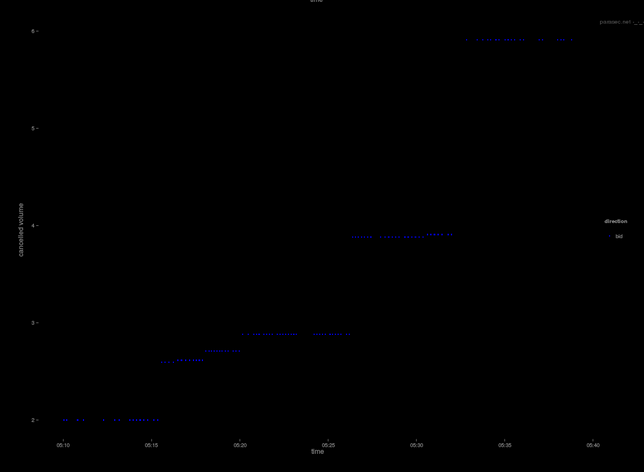 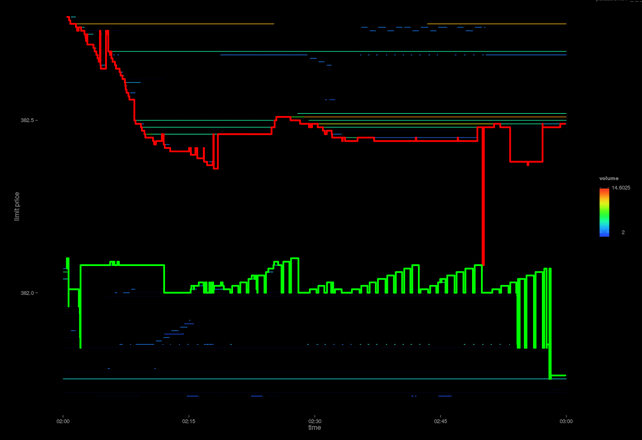 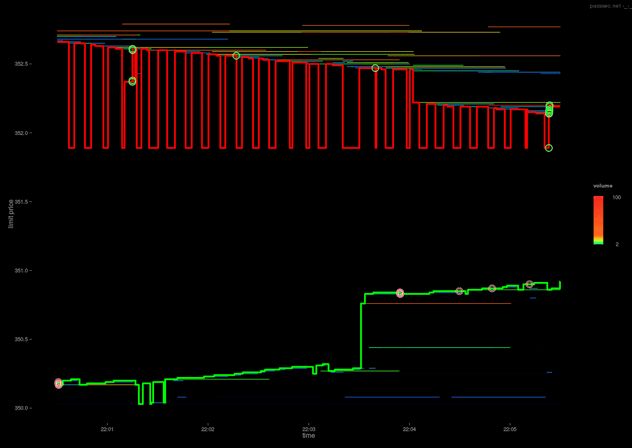 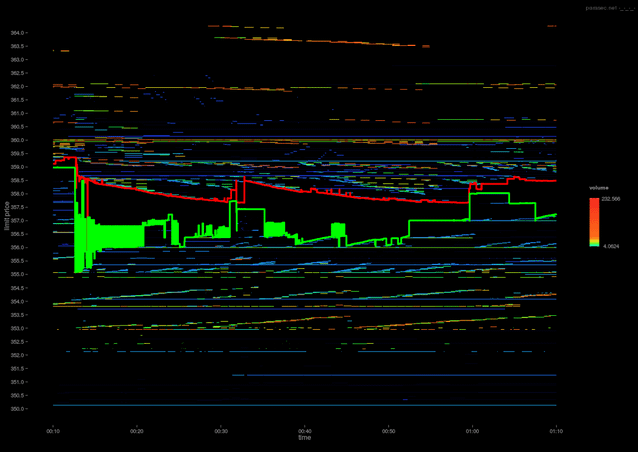 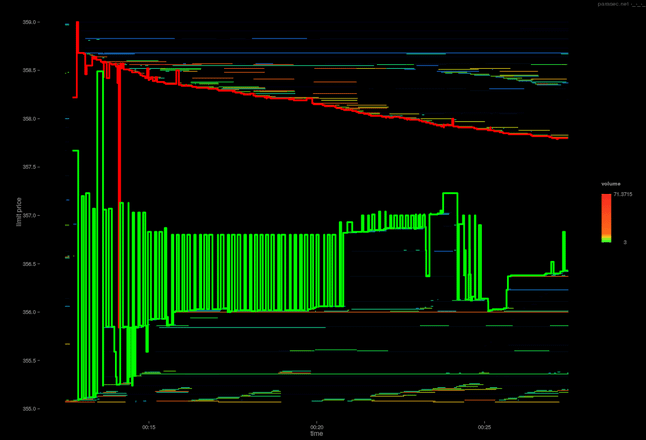 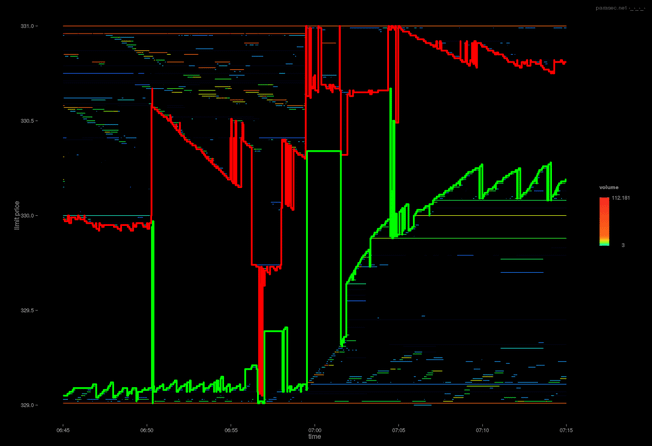