A further explanation was needed from my previous post regarding the free fall. 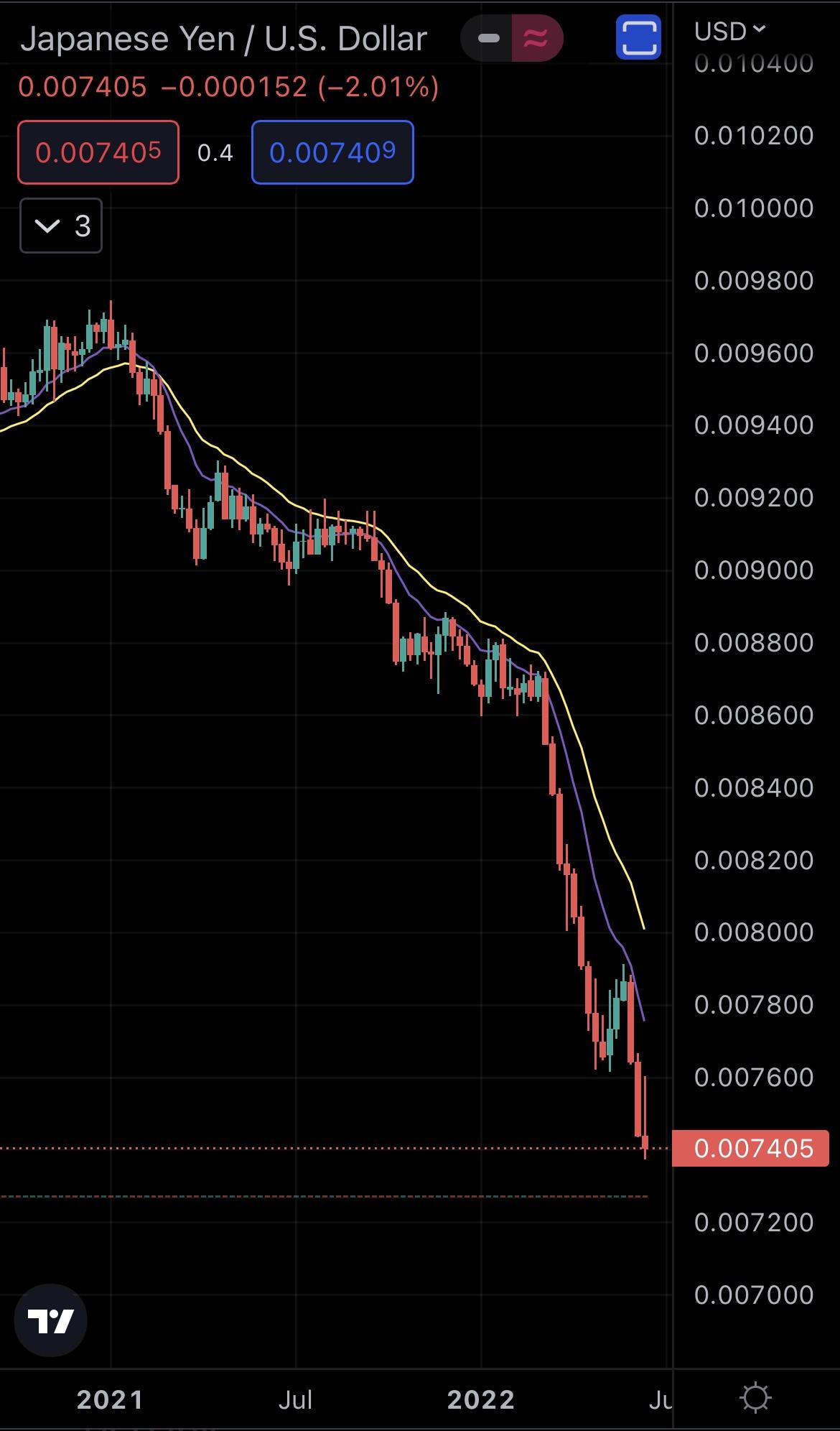 The third largest fiat currency is on free fall.

Japan is the third largest economy in the world, they are also carry a Debt to GDP ratio of 256%. Fukkkkkk….that’s some insane leverage. Why? Well with the breakdown of the economic bubble came a decrease in annual revenue. As a result, the amount of national bonds issued increased quickly. Most of the national bonds had a fixed interest rate, so the debt to GDP ratio increased as a consequence of the decrease in nominal GDP growth due to deflation.

The 10yr Japan government yield bond was already close to 0 yield but has since then gone up 25 basis points and counting. 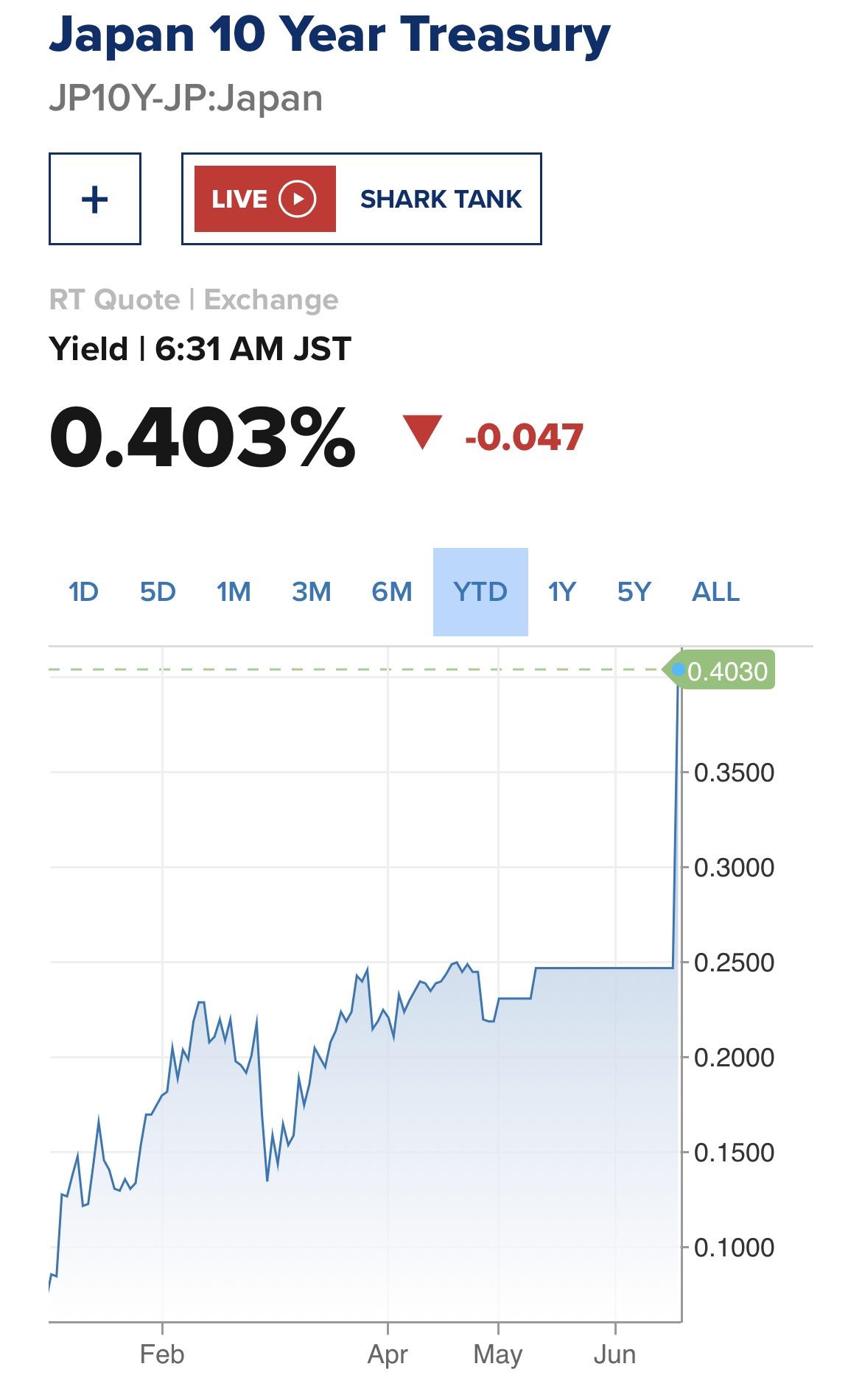 The issue with this, is because Japan is so highly leveraged that going up by that many points in a relatively short time and uncontrolled manner could essentially bankrupt the whole country, the higher it goes the more money they have to print.

Now comes a regurgitating loop of shit, the BoJ (Bank of Japan) is simply going to keep printing money ( sound familiar?) to buy these bonds to keep the yield from going up. Therefore called yield curve control.

They can save their country from going bankrupt but in the process they will hyper inflate their currency. Do you now see the issue with their debt to gdp? An on going loop.

Okay now, so what? What does this have to do with the US?

As I stated earlier, Japan is the largest US treasury securities, coming in second is China.

However , No one atm wants US Treasuries. 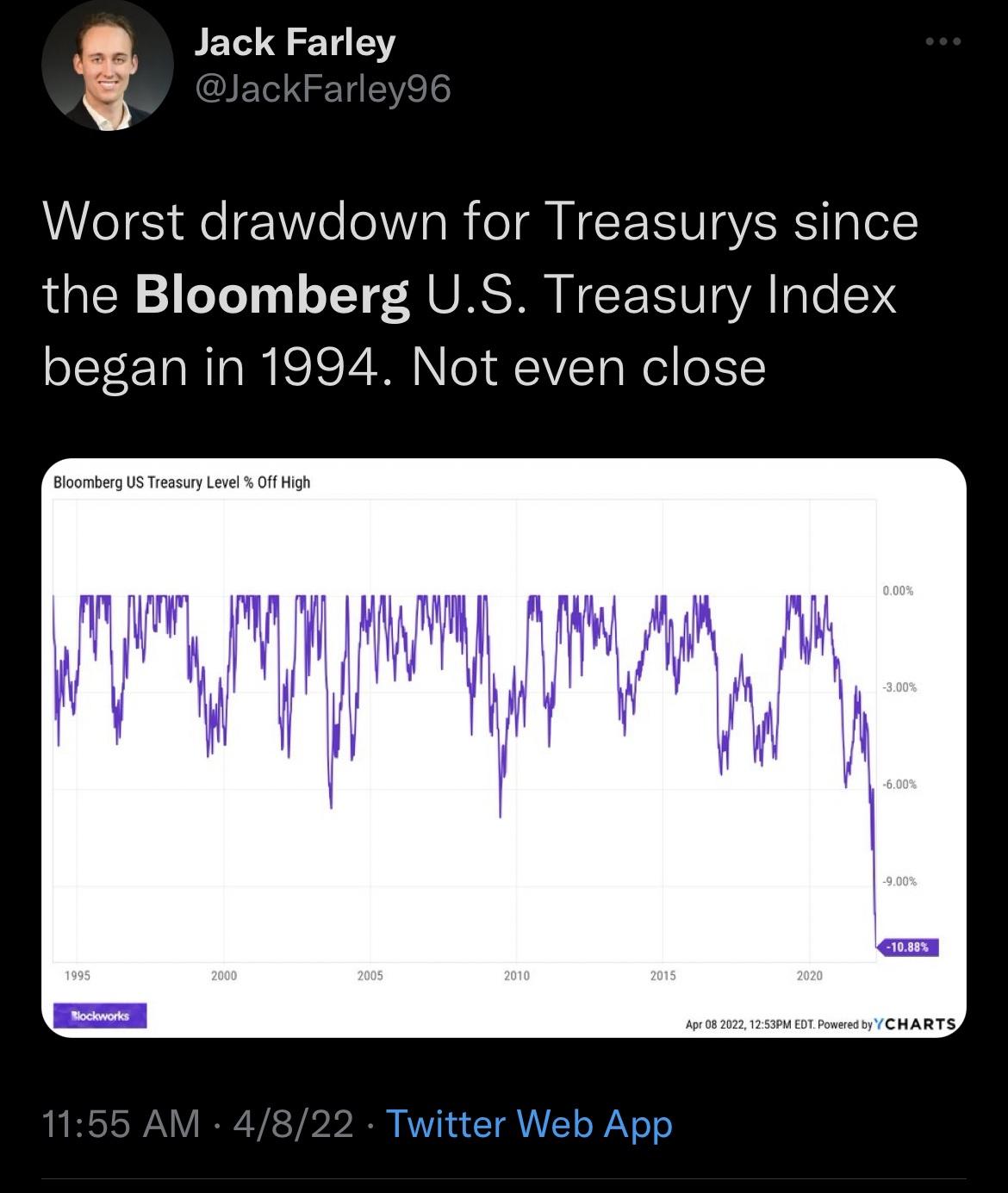 All it takes is for Japan to bankrupt or head for another lost decade and they will dump the US treasuries and implode the whole market and devalue the US dollar much like Terra . Down to 0.

Jerome Powell knows this which is why now they are pushing this out in order to keep the value of the USD. What a coincidence huh? US Digital Dollar

In essence the dollar is backed by nothing by soon to be worthless US treasury bills.

Credit default swaps anyone? Someone knows something. Something’s up. 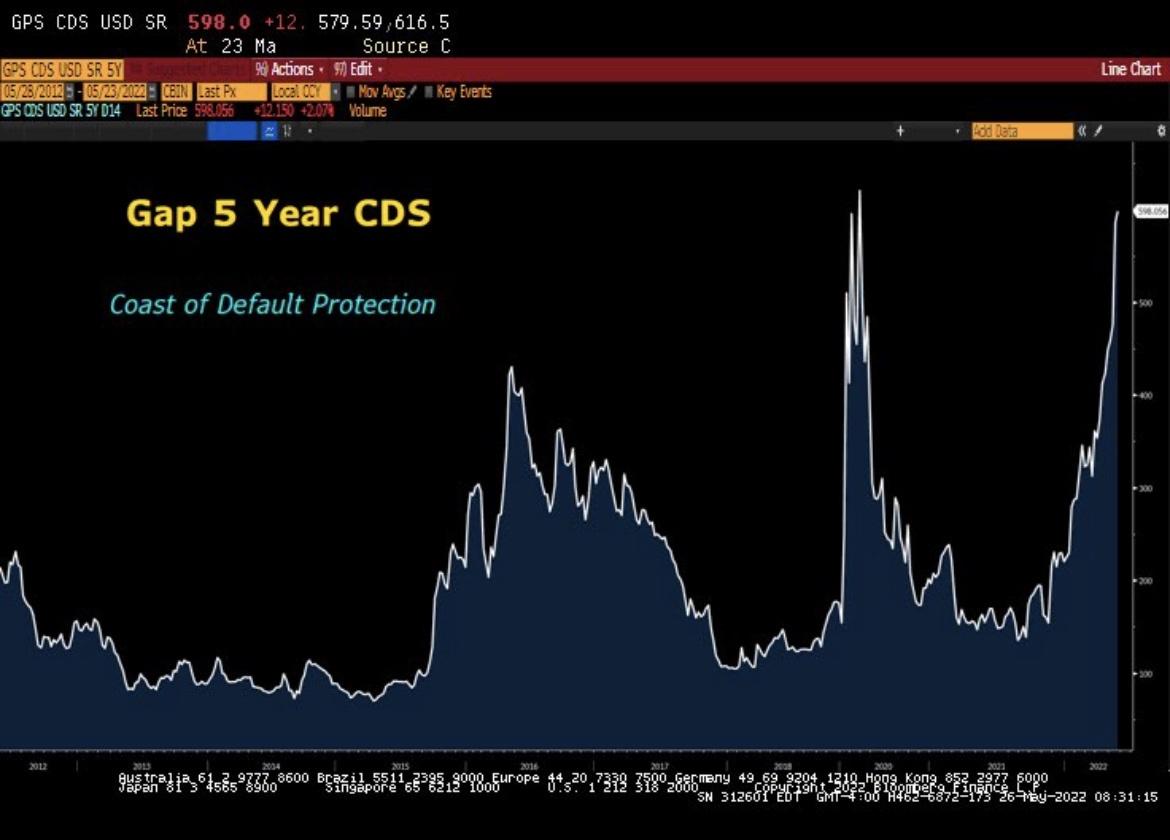 Essentially if fed reserve doesn’t do anything to keep BoJ afloat then by liquidating their treasury stake, they will drop the whole market and anyone caught short would have no choice but to actually cover.

Of course we all know SHF have to cover and their walls are closing in. It’s known they haven’t covered GME and damn well estimated to be short more than 200%. At this point anything could serve as a catalyst and only a matter of time. GME is a hedge against the whole market.

Edit: I feel like I need to explain the portion of the US dollar going to 0. While this part sounds like FUD, it is true that the trajectory is leading to that point by many factors and not just the BoJ problems. There are many strings put together to make the spider web and one falls then the integrity starts to fall apart. I made the following comment.

That’s the extreme end of the spectrum, The Fed Reserve will do everything to avoid the Dollar from becoming worthless. I’m saying there are many factors that would ignite a fire up SHF ass because the world market is not stable at all and it’s only a matter of time for MOASS. However I should say “don’t keep all your eggs in one basket”. After MOASS it would be wise to invest in different sources of revenue and commodities, land, gold, crypto. However I’m not a financial advisor and this is not financial advice.

A little background to Japans economy.

. Japans Economy is not like the US it’s too complicated to explain in just this post. I will try my best to over simplify. In short after ww2 they experience an economic boom so much that they could have been the economic super power but it all came to an end in 1990. They having been in a deflation trajectory for over 20 years. Their gdp has been the same for the past 30years which means no real growth. They are and have been experiencing stagflation.

The BoJ has to two measures to control the economy, monetary policy and fiscal policy. To stimulate growth they keep interest rates extremely low. But you can’t raise it fast or else it creates a wave of higher payments that the borrowers won’t be able to afford because of the extreme leverage. They’re rates were so low it went negative and it was like the government actually pays others to borrow from them (not really paying them however- that would be silly). It’s meant to stimulate more growth for the economy, however the central bank has created a low interest trap that they put themselves into, deflation is not good for banks that gave out too much money. That means products are cheaper and cheaper and people will only hoard they’re cash into banks knowing that later down the road they can afford more “expensive” products because it costs much less every passing year. Now fiscal policy they have been printing so much money and not making enough money back then any savings dissipates quicker than the drive thru at Wendys. Yes the US has more debt but they are a whole separate issue on itself, the Japan debt in retrospect is twice as bad because of the ongoing monetary and fiscal policies that have been controlling their Yen and growth.

Japan has to pay interest on their debt (the loan twice their gdp) and because the majority of the debt takes the form of Gov bonds the interest rate is extremely low. Which have a long term growth impact on the economy, they can’t keep borrowing money. Japans Yen was used as trades for other foreign countries because it was so stable and a “safe haven” against other currencies and the bonds were so low. Not anymore, they are stuck and it has to lean on way or another.