Since joining the community we’ve had a lot of requests to write a quick 5 minute summary of Immutable, GameStop, web3 gaming – why this matters, and how it all works. Hopefully this is helpful.

The gaming industry is ripping people off. Players spend $200 billion USD a year on in-game items they have zero rights to, can never trade, and grey marketplaces regularly screw over their userbases. Immutable and GameStop are building a future where games have:

We’re here for a simple reason:

The gaming industry as you currently know it is fundamentally broken. Players don’t get any return from the time and money they invest into the ~$200 billion of in-game items spent every year.

Imagine never being able to buy a house, and being forced to rent for the rest of your life. This is the current model that exists in respect to not just gaming, but all digital assets.

The good news: with unique digital assets (NFTs) we can now solve this. Immutable has been 100% focused on solving this since we began in 2017, and empowering the next billion players by bringing true digital ownership to gaming – and then to everything.

If you are new here: welcome! We are incredibly excited to be a part of your web3 journey.

By the end of this post you will understand:

In order to help you understand these ideas, I will briefly touch on terms like “Ethereum” and “Layer 2’s (L2).”

These concepts can sound intimidating especially for someone new to Web3 and blockchain. My goal is that by the end of this article you will have sufficient understanding of how these ideas fit into Immutable’s long-term vision and strategy.

Rest assured that you won’t find too much in-depth technical stuff here. If you’re interested in learning more about those topics you can read our Whitepaper, dev posts, blog, and check out further learning resources linked at the end of this post.

Let’s start by talking about gaming:

The gaming industry is exploiting you, and you don’t even know it.

In 2020, free-to-play (F2P) games made ~$100 billion through in-game transactions. To put that in perspective, that’s more than the global film and music industries combined. This number is staggering, and gaming as a whole is on track to become an all encompassing market – both economically and culturally.

In this current model, $0 of that value makes its way to you, the players.

We believe that this consumer relationship dynamic is fundamentally broken and exploitative. Players aren’t rewarded for their investment of money or time because they don’t have true ownership of the in-game items that they buy.

Web3 will break these chains.

Players should be able to own their digital items the same way we own items in the physical world. No-one should be able to manipulate your assets on a whim – we saw this when Valve shut down a marketplace for weapons skins in CS:GO, resulting in over $2M value lost for players. This doesn’t only happen in games, it can happen with financial assets too.

By empowering players to own their digital assets, this dynamic no longer becomes a one-way street. Suddenly, you get to decide the value of your assets: whether it’s through the time you spent leveling / farming them, or maybe it was used in a professional tournament by your favorite player. You’ll be able to buy or sell assets from anyone in the world instantly, without an arbitrary authority holding the rights to do whatever they like with your things. This is what true digital ownership means.

Web3 gaming will unlock this economy on an exponential scale by allowing players to capture and own their value. It also prevents things like this from ever happening again: 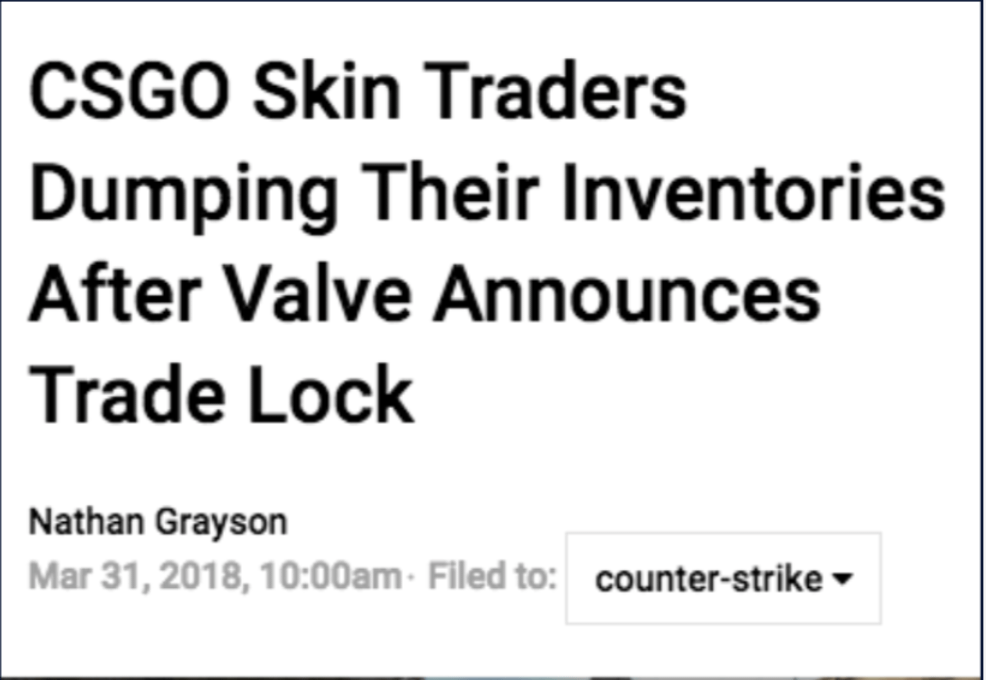 Enter ImmutableX, the leading solution to break these chains and bring digital ownership to the next billion players and users — you 🫵

What is ImmutableX and what do we do?

ImmutableX is the first and most advanced Layer 2 (L2) scaling solution for NFTs on Ethereum. We’re currently laser-focused on unlocking gaming.

We’ll explain what this means in a second.

We want to eliminate 99% of the complicated blockchain programming process so that builders can do what they do best: build great games and projects. At the same time, we are building a solution that empowers users to truly own and trade their digital assets in the safest and fastest way possible with zero gas fees.

To onboard the next generation of gamers, builders, and users onto web3 and bring true digital ownership to the world via NFTs.

Ethereum and Layer 2’s in a nutshell:

Ethereum is the number one ‘smart contract’ blockchain. This means that unlike Bitcoin, users can build applications on Ethereum. You can think of Ethereum like a decentralized operating system, that people will be able to build and access applications on.

While other blockchains exist, Ethereum is the clear choice for us due to its high degree of decentralization and built-up network effects. This means that the network gets exponentially stronger and more secure as more users enter the ecosystem.

This also makes disruption of the network incredibly difficult. Imagine trying to replicate an app like TikTok – where the programming is relatively straightforward, but it will be almost impossible to compete with the sheer number of users on the app. This is because the value the user gets from the app is directly tied to how many other users are on in the network.

To date, no other blockchain has been able to compete with the network effects of Ethereum’s ecosystem. The sheer number of users and builders on this chain is also what makes it attractive for new users and builders coming into Web3, and this effect will continue to compound. This also makes Ethereum the most secure blockchain out there.

But Ethereum is not perfect. You’ve probably heard that transactions on Ethereum are slow, energy intensive, and expensive.

So how do we solve this problem?

The answer: Layer 2’s (L2). Instead of building a separate blockchain from scratch, L2’s are protocols built on top of the Ethereum chain. This has several advantages, the key one being that we can solve the scalability and gas problem, without having to trade off the security and network effects of Ethereum.

Of the existing L2 solutions, Immutable technology (in partnership with StarkWare) is the most sophisticated and secure. Immutable solves all Ethereum’s limitations by enhancing it, not reinventing it. We’ve massively increased transaction speed from 15tps to over 9,000 tps (theoretically limitless), reduced gas-fees to zero, and made all transactions carbon-neutral all without compromising on security.

This is only the beginning, because Immutable’s vision is much bigger than just being a scaling solution.

Why ImmutableX is solving some of the core problems of Web3:

The ImmutableX platform shows off what we can do with the technology. But the bigger implication here is that Immutable technology will provide the backend solution that will power every web3 platform, game, project, and creator.

We raised $200 million in March 2022 – in the 8 months since then, we’ve accomplished more than the previous 4 years. We now have 12+ marketplaces & nearly 100 games, with more won in the last quarter than the last two years combined**.** We expect this to consistently ramp in 2023.

At the same time, Web3 gaming has moved from a niche to one of the most invested in technology categories in the world. Over the past two years, > $15 billion has been poured into Web3 gaming.

Our recent partnership with GameStop’s marketplace is just the first in many monumental steps to onboard the next 100 million players onto Web3.

Recent events have shaken up the world’s faith in Web3, but it’s also highlighted an important learning moment for what we need in the industry. Immutable doesn’t control people’s private keys, or run our own blockchain or sidechain – we value transparency and security above all else. We don’t use financial leverage to make risky bets under the table. Our focus is on building great products for customers through the bear – not being a crypto hedge fund.

You can power this gaming revolution

We’re building the infrastructure, but we need you to drive real change. Whether you are a builder, gamer, collector, artist, or diehard fan – we’d love to have you onboard if you share in Immutable’s vision.

Web3 gaming is closer than you think – go ahead and try out games like Gods Unchained, or Illuvium or check out some projects on our partnered marketplaces and get trading. There’s no better time to get into Web3 now that all the noise is gone. The real builders and quality projects are working hard during the winter. We will not stop until true property ownership is the default for a billion players. Then we’re tokenizing the world.

Come join us on discord: https://discord.com/invite/immutablex and chat (we almost always have a team member online), follow us on twitter, or join the community (community tab links) to build the future of gaming with us. And if you’re a builder – you can build in hours with our APIs.

Welcome aboard. We’re glad to have you!