Skip to content
I’m a highly technical person and science plays a big role in my life and work, and it’s perhaps surprizing that I mention faith – but it’s true, faith has a place in my definition of personal corporate culture.

You have to do the best you can. You have to be on top of your game, at all times (and especially at crunch time or competition time). And remember the split-second rule: you only have a splitsecond to make a decision, and every mistake can make or break a task.

But what we are doing is developing ourselves, so that we are great. And from that, the success comes almost automatically. So we are not pursuing success as much as we pursue self-actualization, and success is a by-product of being on top of your game. That’s where faith and belief comes in. I’m a highly technical person and science plays a big role in my life and work, and it’s perhaps surprizing that I mention faith – but it’s true, faith has a place in my definition of personal corporate culture. You have to believe that success will come. You have to believe that small actions that you take and don’t seem to receive a rewad – eventually, the totality of your “correct” actions brings about success. It’s a bit of a leap because it’s entirely possible that a sequence of all the correct actions, still doesn’t bring success. You can make no mistakes, and still fail ([insert quite, image]), that’s the nature of the open market. The leap then is the leap of faith: the belief that eventually, the totality of correct actions brings about success. Whatever your definition of success might be. 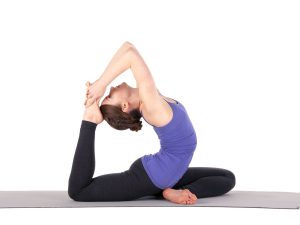 This came up in Financial Times today. We aren’t Millenials, we’re Generation Burnout. We work too hard for too little, and do ourselves a disfavor by not seeing the forest for the trees. What’s the goal, anyway?

I say, leave some of your time (and money) unallocated. I say, if the problem is that we work too hard and spread ourselves too thin, let’s stop doing that. Cut yourself some slack, and have time and resources that are unallocated. This helps you cope with stress, AND allows you to effectively deal with instantaneous things that come up. If you have free time, you don’t have to schedule every little thing to be done later, you can just do it now.

They just get in the way. It’s nice to have them, for a few months if you are struggling to get anything done, but after that let’s just abandon them. If it takes 5 minutes to write down what to do, and 15 minutes to do it – don’t even write it down, just do it. The habit should be to do, not to manage/schedule.

To correct what I’ve said yesterday, the 5 ways of finding a career match are:
* live fit (career choices, location, compensation, company size)
* technology fit (candidate’s skills align and candidate has the necessary skills)
* cultural fit (candidate’s acceptance of the company’s management style, situational judgement test, personality test)
* personal fit (do I want to work with him? does he want to work in this team?)
* other factors (a blanket category for red flags and whatever you cannot disclose)

Title: On doing take-home technical coding challenges as part of an interview process

Let me tell a fable about how I applied to the company N***. Let the name be redacted. The recruiter reached out to me via email, he found my profile on Stack Overflow. I have been actively looking for a full-time position. He said he is working on scheduling for me to tal to a VP of engineering, and meanwhile sent me a link to a technical challenge, inviting me to take it.

I spent 2 hours on the challenge and passed.

The recruiter said he’ll schedule the talk with VP for Thursday, and meanwhile wanted to talk with me himself, on Tuesday. Come Tuesday, I have to remind him to call me, after he was 15 minutes late. He rushly calls me and says that he was “just testing how much I’m paying attention” and that simultaneously “power went out” in the office and he was unable to call me. After that he asks me to talk about myself and my background. This is a red flag: if the person you’re talking with asks such a generic question, that means they don’t know or remember who you are, and you are a statistic rather than a man for them. I ask him if he’s read my resume, and he says oh yes! He remembers now, I’m the candidate with a degree from University of Michigan. The recruiter says he was reluctant, almost didn’t want to message me, because he himself went to Ohio state, with which apparently I’m supposed to have a rivalry. After that, believe it or not, the conversation degraded to such a point that there was no next step. Why? Because of the recruiter’s perceived rivalry with my school in college sports.

One of the elements of the interviewing process is the evaluation of how cohesive the team would be, with the addition of a new team member. In this particular case, I didn’t even get to talk to any team members. Upon hire, the candidate will spend no time with the recruiter, therefore there isn’t a question of cohesiveness between the candidate and the recruiter. There is, however, the very material possibility of raising a red flag: either by the candidate, or by the recruiter.

And in my application to company N***, I additionally wasted 2 hours of my time, successfully solving a technical challenge that was irrelevant. People are more important than technology, and talking to people is sometimes less tiring than doing technical work. A show-stopper in human aspect has higher priority than a show-stopper in technical aspect. For this reason, going forward, I have the requirement of talking to people before undertaking any technical challenges.

It took me a whole going into adulthood business to realize just how important water is, and I suspect that as I get older, water will become even more important for me. 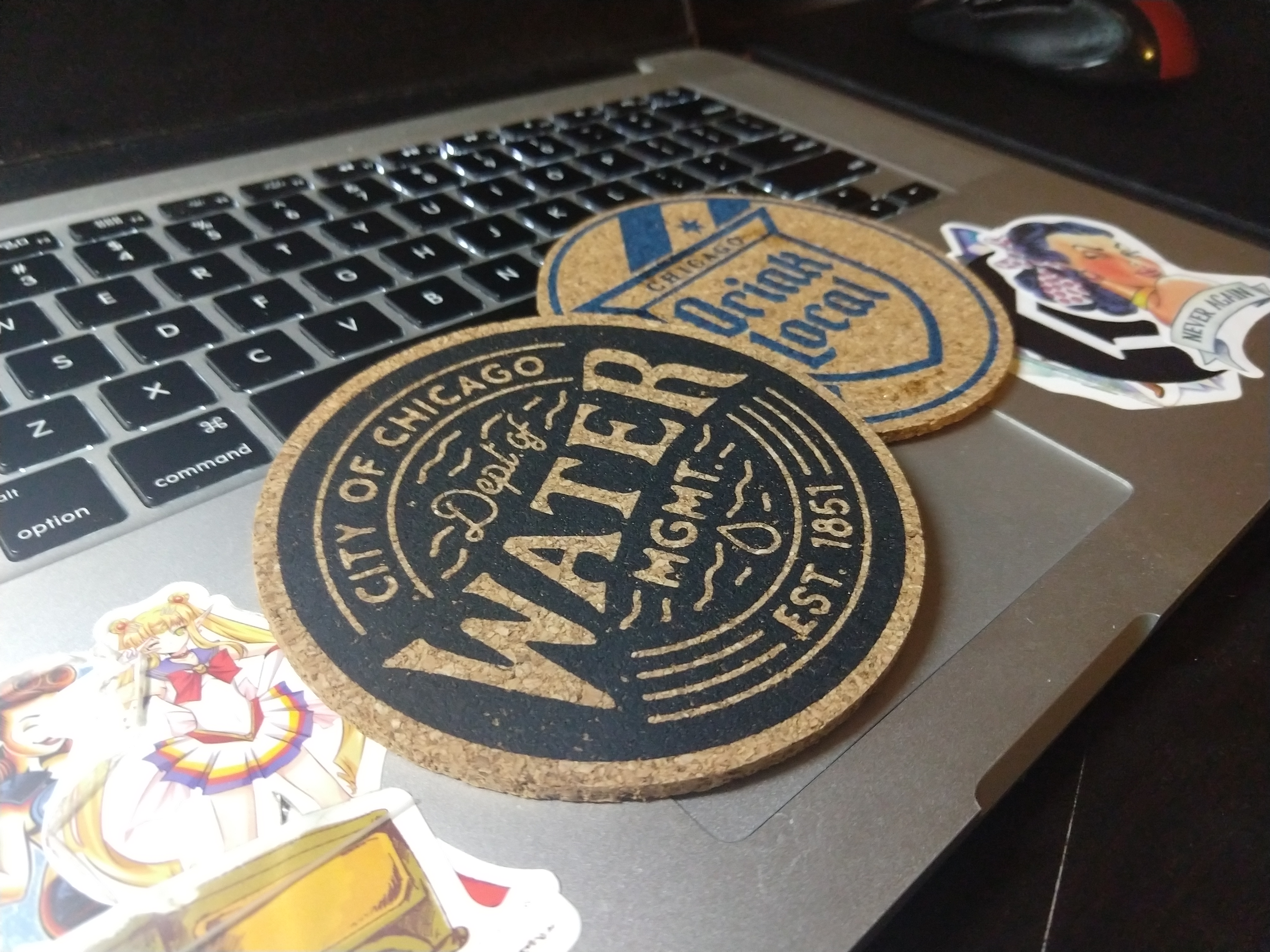 It’s not just that it’s critical to survival. It’s quite critical to health in the following ways:

* A guard against hangovers. If you drink enough water while going out, your hangover will be minimal. The suggestion is to chug a 8-12oz water glass with every drink, and that’s what I do. Say at a bar, I order a beer, and also water, chug the water, then sip the beer. Do it between 9pm-3am, not have a terrible hangover in the morning. Without water tho, your hangover will be so much worse.

* Better sleep and shorter sleep requirement! I just kind of discovered it recently, and still subject to validation. If you go to sleep well-hydrated, you need to sleep less to recover your energy. It’s a time saver! END_OF_DOCUMENT_TOKEN_TO_BE_REPLACED

Make sure to study Hackerrank.com – algorithms, data structures, tree traversals and the like.

Practice by interviewing at other companies. The process and the skills translate from one company to another quite seamlessly.

This is very important and a step that I may not have done: actually want to work there. This is important.

You need to be passive in that you can’t show that you’re desperate for a job, but you need to show them that you want to work there.

Load up on a lot of patience. This might be a slow process, it might take a while. There is a guy who interviewed at Amazon 8 times and the 8th time he “almost got it.” A recruiting company said they think it takes 4 weeks to get a job, on average. Don’t believe silly things like that. It takes a year, multiple years of focus to get it. Of course, we’re talking about top IC (individual contributor) positions at top companies.

This is a toxic question, but a one that comes up frequently and you have to be prepared to give an answer.

If they reached out to you, and ask the same question – the question then is, “what makes you interested in working here?” but it’s a different question. You can easily say, you’re interested in working there because you want to make an impact, or because you like companies that drive innovation, or you like the tech – you can say any of a number of true things. But if they reached out to you and ask, why did you reach out to them? Tt’s a red flag, so please thread lightly, for your own safety. Not every recruiter is a good one, and being under constant scrutiny is emotionally exhausting, so save your energy. Remember: you aren’t applying for a job. You are open to opportunities, and they have to demonstrate good process to you when recruiting.

I’d like to add also that recruiters come from a number of backgrounds. There is a particular breed of recruiters who come from Workbridge, Jobspring and the like. They are 3rd-party multi-client shops. An in-house recruiter with such background (you can see on their linkedin) can ask you questions like, what technology stack are you looking for? What is your ideal opportunity? So, if this is a role you’re actually interested in, you should have already figured out the tech stack before talking with a recruiter. There is no good answer here! If you say a tech stack that doesn’t exactly align with theirs, it’s a problem. If the recruiter doesn’t understand what you’re saying, it might be a problem. For me, the fact that they ask is a red flag. They can tell me what their stack is, or they can ask me about my history and background. But if they are in-house and ask me what stack I am “looking for” – it’s a red flag on that recruiter. As I mentioned you should not be “looking for” anything, and at that point you really cannot decide the direction the company is going, you can’t change their stack. Just something to consider with this particular question.

This is actually a requirement for me now, every day or at least 4 days a week. I love it and I can’t stop. Although, a friend of mine said he’s actually burned out from jiu jitsu: that he has been doing it for, like, 5 years, and he doesn’t really want to do it anymore. For me, I physically cannot stop, it causes inefficiency in everything else I do. So, it’s curious. But the bottom line on physical fitness is, you have to do it, consistently, forever. This way, you can also start being good or great at everything else you do.

It really helps me with the sleep cycle

It is almost necessary for me to continue taking melatonin; 10mg consistently each day. It helps me sleep, and helps me wake up. It adds about 1hr extra to my available time, each day. I can’t pass that up!