Skip to content
A Book Recommendation. This book by William Powers offers a complete basic theory of psychology – and a very interesting one at that. 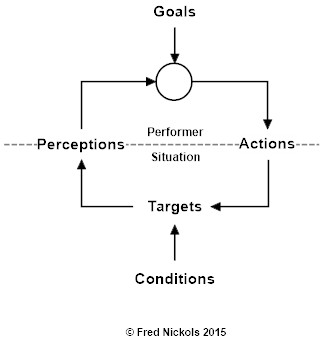 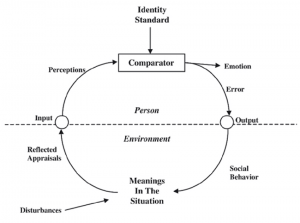 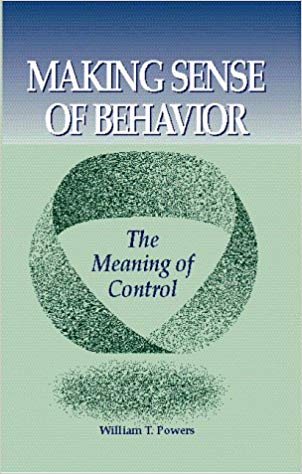 ‘Perceptual Control Theory (PCT) is both the name of the theory and the name of a book by William Powers. I have found it immensely interesting and intuitive, a good way of explaining why people take actions that they do. This book definitely takes a spot on my shelf of recommended reading. Buy in on Amazon.

An example, from Wikipedia: A simple negative feedback control system is a cruise control system for a car. A cruise control system has a sensor which “perceives” speed as the rate of spin of the drive shaft directly connected to the wheels. It also has a driver-adjustable ‘goal’ specifying a particular speed. The sensed speed is continuously compared against the specified speed by a device (called a “comparator”) which subtracts the currently sensed input value from the stored goal value. The difference (the error signal) determines the throttle setting (the accelerator depression), so that the engine output is continuously varied to prevent the speed of the car from increasing or decreasing from that desired speed as environmental conditions change. This type of classical negative feedback control was worked out by engineers in the 1930s and 1940s.

Another example is inverse kinematics, used in 3D animation as well as robot control. You have the goal: for example, a “wrist” movement, and the system that senses and affects things to reach that goal.

Overall, I think the concepts of this theory are super useful both for personal development as a human, and for building digital systems.