Props to u/JustBeingPunny for discovering this Institutional Investor article discussing the relationship between BCG and Citadel. In addition to this relationship, the article mentions something else I found interesting, yet another piece of the naked short/cellar box puzzle: death spiral convertible securities. I never heard of these before, but I looked into them and they fit so perfectly into all the corruption we’ve been discovering, my mind was blown.

So lets do this. 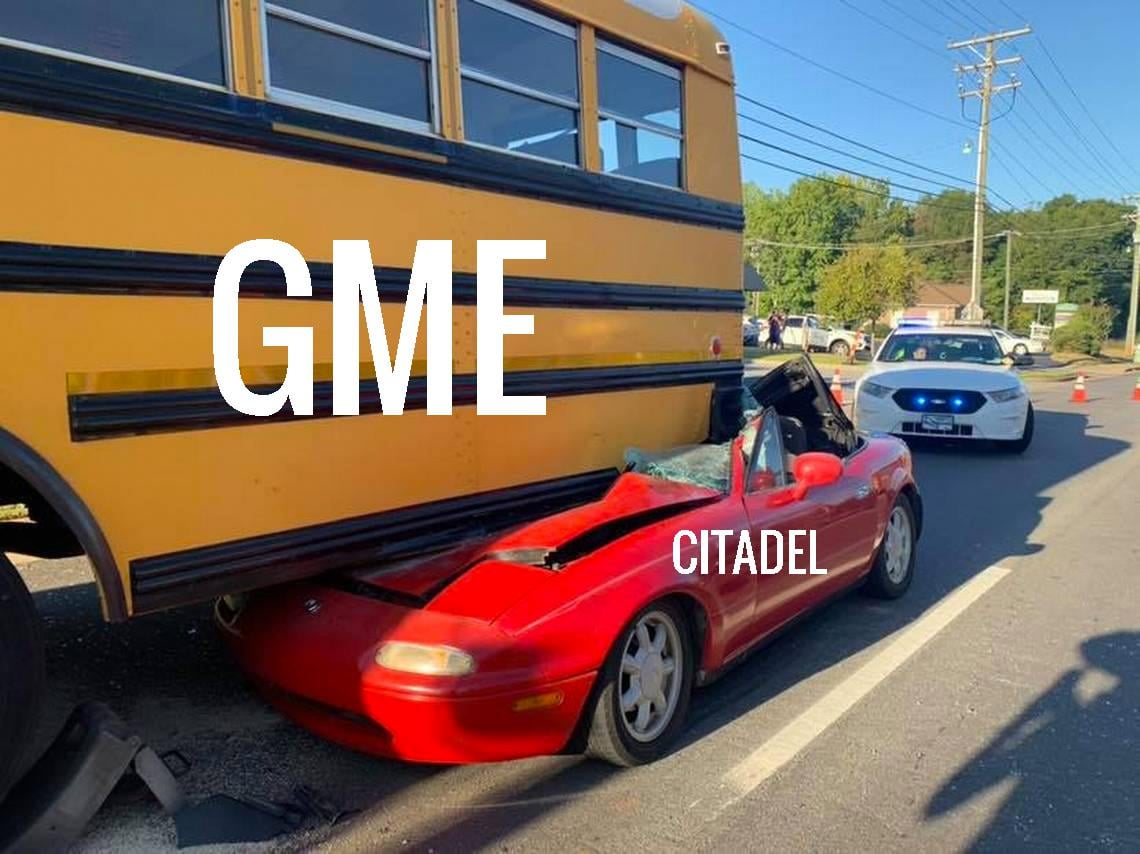 I think you know where this is going, but in case you don’t: 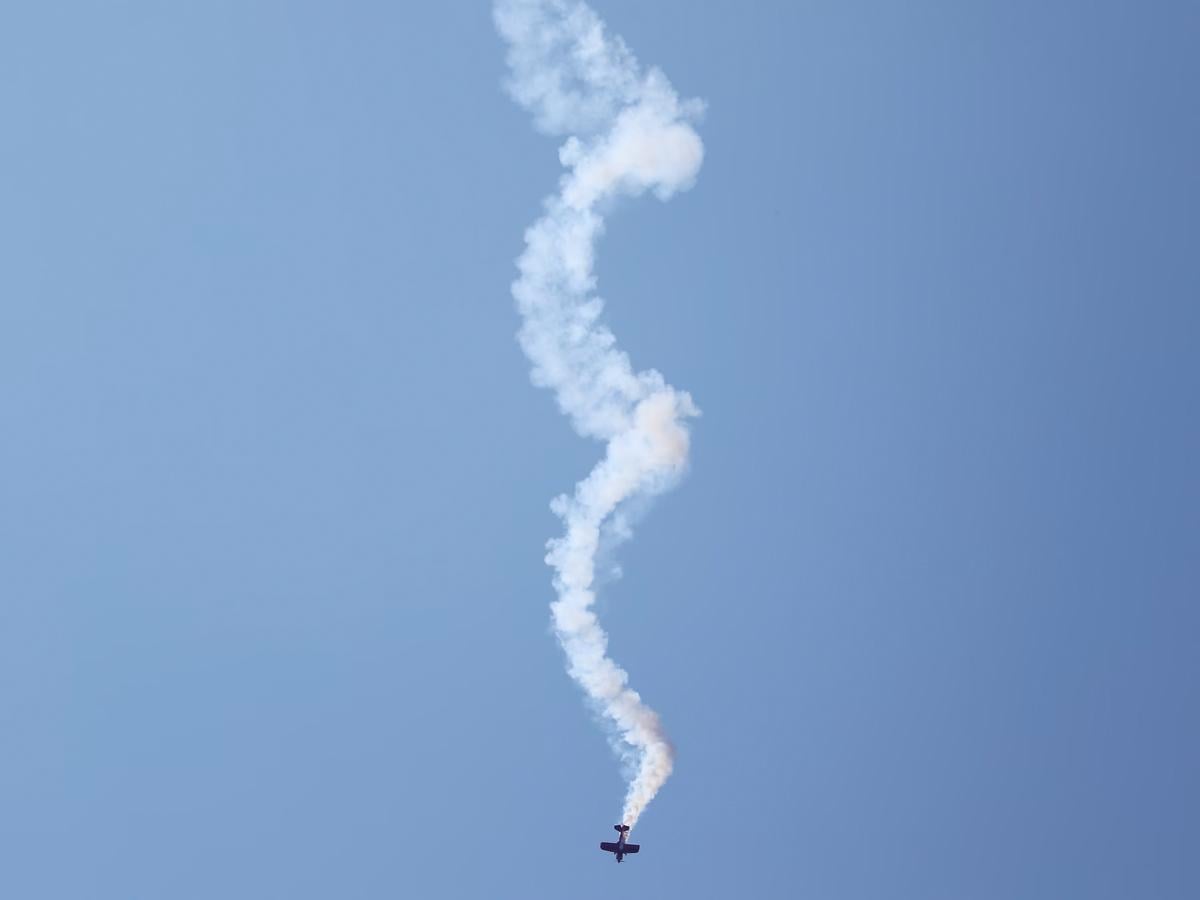 Step 1: Identify a company that is desperate for cash (no one who isn’t desperate would be interested in a security this shitty).

Step 2: Buy a death spiral convertible security from said company. You’ll have to call it something else and also probably lie to or otherwise manipulate the company to convince them to buy it. It definitely helps if you can plant people on the company’s board to recommend they do this, or get a shady consulting company to recommend it for you.

Step 3: Short the shit out of the company. Naked shorting and rehypothecation work great!

Step 4: Once the stock price is low enough, convert your death spiral security into a shit ton of shares and clothe your naked shorts/turn your rehypothecated shares into regular ones.

Is this what Citadel does? The Institutional Investor article linked above doesn’t say so, but it does say that Citadel “has become increasingly aggressive in private placements”, many of which “had a reset provision allowing the company to convert at a lower price if the stock fell.” It also says that no one really knows what Citadel does, and that’s what Citadel wants. 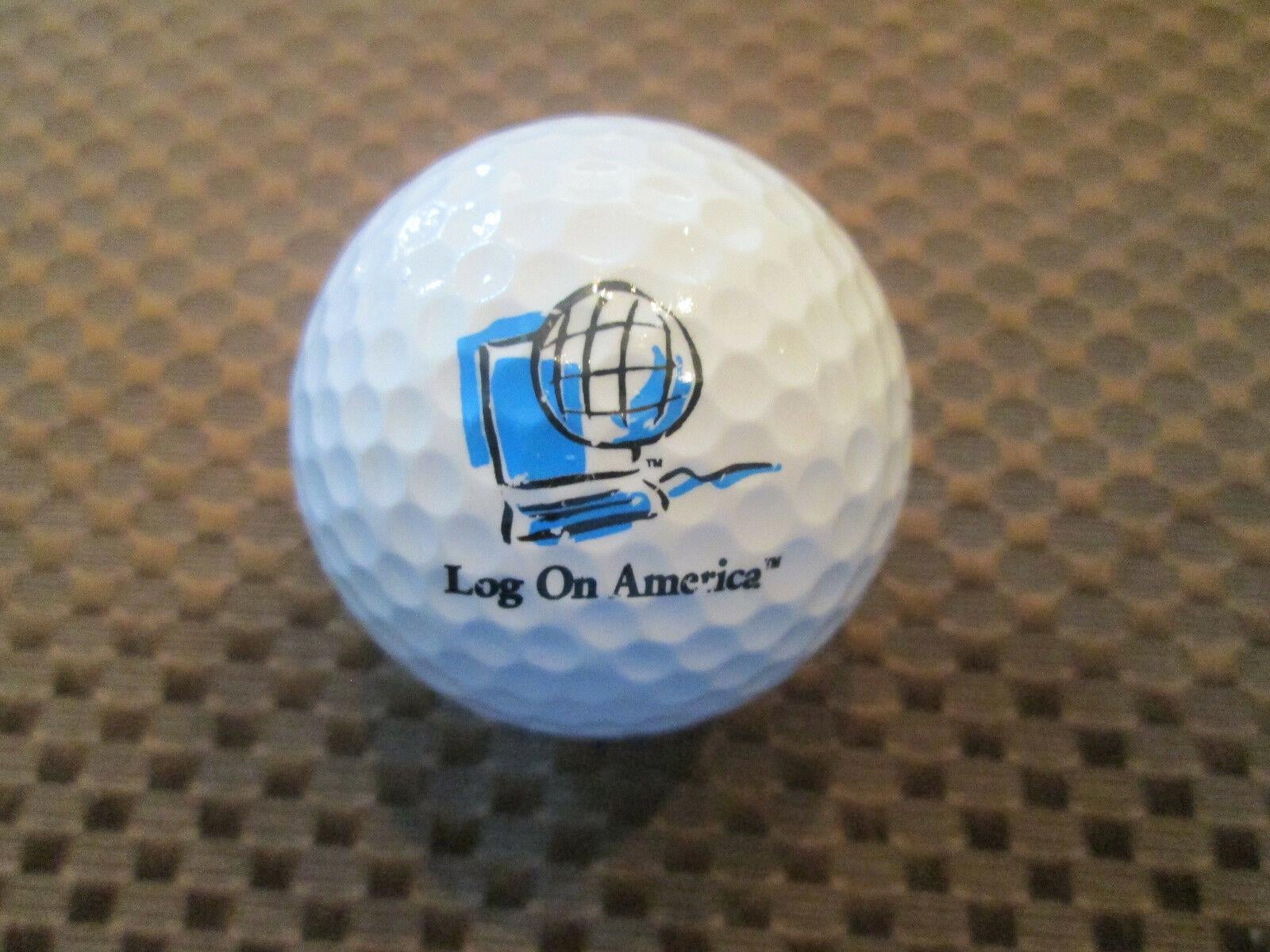 The Institutional Investor article that started this DD also mentions a company named Log On America and how they sued Credit Suisse and two Citadel-owned funds, charging that the companies engaged with short sellers after purchasing death spiral securities from them. Log On America’s CEO specifically states that Citadel both bought $3.75 million in convertibles and engaged in “massive” short-selling, manipulating the price from $17 to less than $1 per share.

I decided to look into this.

Log On America (LOAX) was a Delaware incorporated Rhode Island based telecommunications company that provided internet services during the dotcom era. They never seemed that great financially, as evidenced by their 2000 Prospectus, a document which, amongst other things, detailed their IPO. Here is the TOC (emphasis added). Note that demand is spelled “damand” and the TOC also cites a Y2K risk, lol:

Our services are susceptible to disruptive problems…7

We need to manage our growth effectively…7

If we do not continually upgrade technology, we may not be able to compete in our industry…8

If we do not effectively develop our early stage products and technology, our business may be negatively effected…8

If we do not develop a sufficient sales and marketing force, we may not be able to generate significant revenues or become profitable…8

The loss of our chief executive officer, David Paolo, may hurt our chances for success…10

Unless we maintain a public market for our securities, you may not be able to sell your shares…10

Despite these risks, in April 1999 Log On America IPOed 2,200,000 shares at $10/share in what former CEO David Paolo claims was “the 5th best performing IPO in the history of the stock market, raising $25 million capital and creating $240 million in shareholder value.” Gotta love the dotcom era… 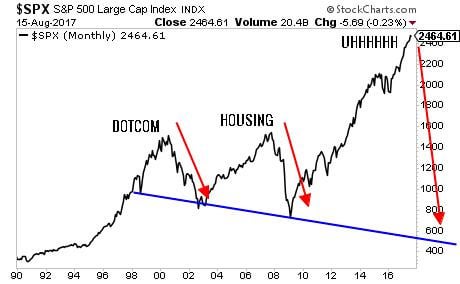 In April 2000, one year after Log On America’s IPO and five months after the prospectus whose TOC is quoted above was published, Log On America released a Registration Statement that mentions, amongst other things, an “initial preferred stock”. This is the death spiral security. Here’s some of the statement (emphasis added):

According to additional Registration Statements, by December 2000 (less than two years after IPO, less than one year after publication of the Registration Statement quoted above), Log On America had issued ~6.5 million new shares (~3 times the number issued in their IPO) due to preferred stock (ie death spiral) converts. During this time period, the stock dropped from an IPO price of $10 to $0.25/share.

As a result, Log On America’s 2001 Prospectus contains this (emphasis added):

In February 2000 we sold 15,000 shares of Series A Redeemable Convertible Preferred Stock (The “Preferred Shares”) and issued 594,204 common stock purchase warrants (the “Warrants”) for an aggregate consideration of $15,000,000. The proceeds of the Preferred Shares have been allocated between the Warrants ($7,500,000 in Additional Paid-in Capital) and the Preferred Shares based on the estimate of the fair value of these instruments at the time of the transaction.

On August 18, 2000, we commenced an action against Promethean Asset Management LLC, HFTP Investment LLC, Fisher Capital LTD, Wingate Capital, LTD, Citadel Limited Partnership and Marshall Capital Management, Inc. (“Defendants”), in the United States District Court for the Southern District of New York, Case No. 00 Civ. 6218 (RUB) (MHD). In the action, we allege that the holders of our Preferred Shares and certain of their affiliates engaged in a scheme to manipulate and intentionally drive down the trading price of our common stock.

Our complaint asserts that the Defendants actions constitute:

o violation of federal securities laws, including, but not limited to, insider trading, stock manipulation through cross sales and massive short sales of our common stock and short swing profits,

o breach of the covenant of good faith and fair dealing.

Our complaint seeks injunctive relief, rescission, compensatory damages and punitive damages. We are also seeking a declaration that we are relieved of our obligations to the holders of our Preferred Shares by reason of fraud, illegality and manipulative conduct.

The Defendants have filed a motion to dismiss our complaint, which is presently pending before the court.

Log On America’s 2002 Prospectus details the results of that lawsuit, in which the company settled with each defending party. In these settlements, the death spiral securities were exchanged for normal convertible securities, valued at either $4.50 or $1.25/share, or cash, depending on the company. Additionally, Log On America received a cash settlement from the company that orchestrated all this (Credit Suisse), but what they received was significantly less than what they paid to the companies that chose cash in exchange for their death spiral securities.

Log On America’s 2002 Prospectus is the last document the company filed with the SEC, although the SEC continued recording FTDs for the stock through June 2009. 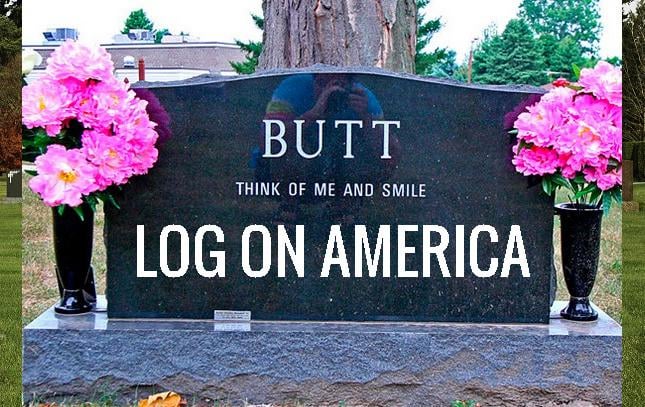 GME however, is not going bankrupt. It also hasn’t sold any convertible bonds (death spiral or otherwise) back to at least 2008, just another reason why GME is 🚀🚀🚀🚀🚀🚀🚀 and hedgies r fuk