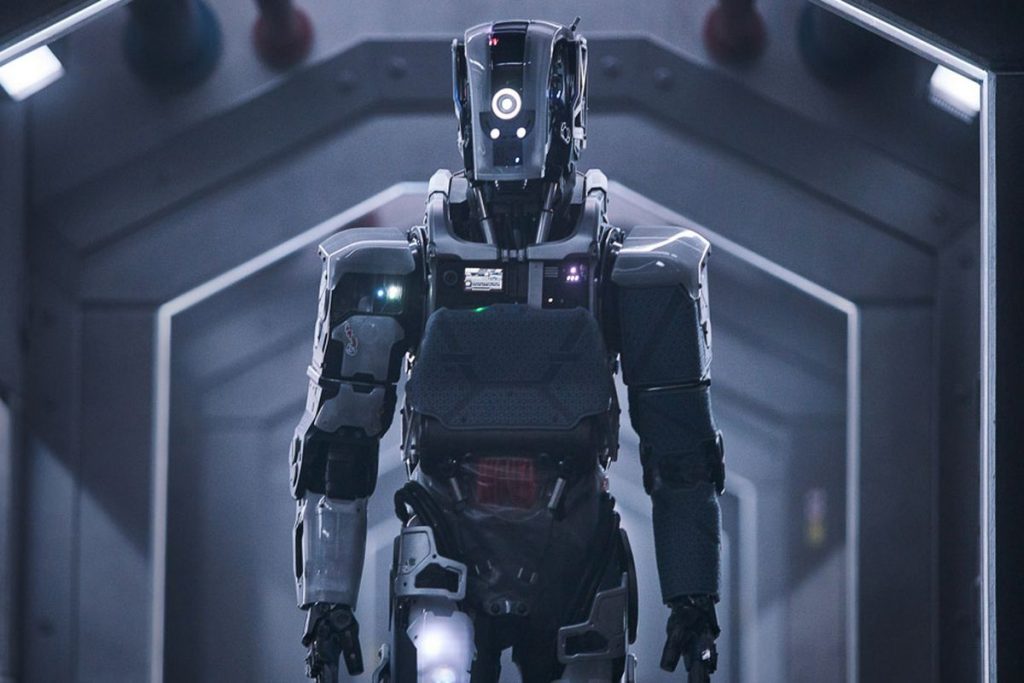 A suspenseful drama, and a great look into technology and AI. A realistic and detailed portrayal of automation. Great special effects. Very human.

I liked the robot. It’s a challenge to produce a realistic mechanical character that is neither too human nor too robotic. I think this one is just right, and the programmed movements looked how I would expect them to look. I watched some other movie with a “robot” there and immediately thought, no that’s a human, you can see it breathing and twitching its cute little muscle tissue. So the robot in I Am Mother looks robotic enough. Maybe something Boston Dynamics would build.

The movie explores interesting topics, what it means to be humane, what is compassion. How valuable is it in our lives, and how valuable should it be?

A robot does not have to resemble a human, it doesn’t have to be android. You can have 100 arms mounted on a wall, have caterpillar tracks instead of legs, have inverted knees for better kinetic efficiency, etc. However! Already if you have to grow up with no society, it’d be pretty weird with all sorts of unexpected problems, busted sense of personal space, possibly inability to communicate, again lack of compassion – so the mother robot, actually, it is required to be human-like. To have a sense of normality of interaction.

The attention to detail makes it very appealing to me. The game-theoretic discussion in the classroom, how to maximize well-being to the greatest number of individuals, was on point, academically speaking.

This is also an independent movie and as such, is one of my favorites.